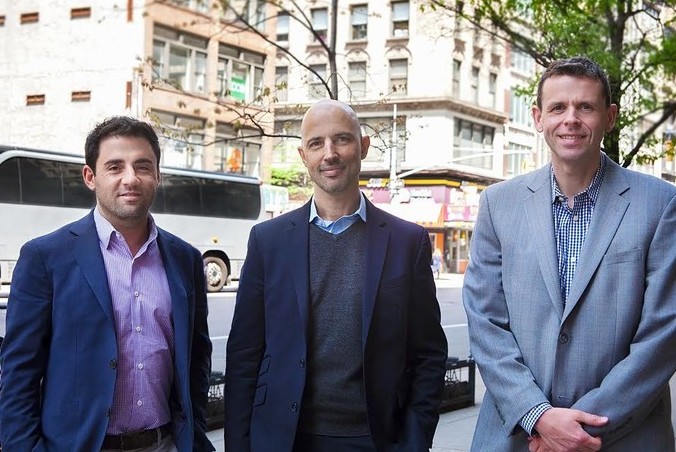 Seven years after founding residential brokerage Oxford Property Group with a staff of four, Adam Mahfouda has grown the company into a powerhouse New York City firm, with more than 450 agents and $75 million in total value of listings.

Now, along with partner Greg Harden, Oxford has begun expanding its geographic footprint beyond the New York City metro area. 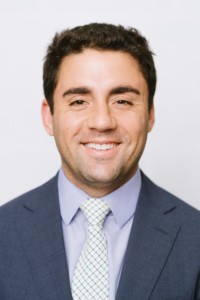 In the last several months, the company acquired and merged with the Titan Real Estate Group, owner of the Hecht Group brokerage.

A native of Long Island, Mahfouda attended college in Boston but returned to the New York City area after graduating.

While looking for an apartment, he was disappointed by the services he used, and decided to get his real estate license and do it himself.

After securing an apartment for himself and his roommates, he began branching out and helping friends and friends of friends find places to live. He took a liking to the business and decided to open up his own shop with Harden.

“When I first started out I was very much on my own and doing it independently, while still working for another company,” said Mahfouda.

“I felt if you were given tools you need to conduct business on the brokerage side, you didn’t need to rely on the company and they didn’t need to take such a large commission.”

Going into the business world was an idea that had been percolating for while for Mahfouda. In college, he was an engineering major turned general science major, but he often thought about starting his own business.

“I always wanted to do something entrepreneurial,” he said.  He owned a food truck at one point, and another venture saw him collecting used furniture from individuals and donating it or reselling it.

When he was in the midst of getting the company off the ground with Harden, he even spent some time doing freelance writing for a website. It was then that his real estate philosophy began to crystallize.

“Our primary business model is paying agents 100 percent of their commission, while they pay us a flat monthly desk fee,” said Mahfouda. “They get to use the office, tools and technology. We have two real estate attorneys on site they can ask questions.”

The company also developed its own software to help generate marketing material.  “We have a number of things to help them run their business. Not only do they have support, but they keep commissions they earn,” said Mahfouda.

Over the last year, the firm has added around 100 agents, with an average of five-10 agents joining per month. The numbers have grown despite the company not partaking in any heavy recruiting.

“I think over the years we’ve established a good name in the community, by treating agents and clients with respect,” said Mahfouda.

The brokerage generally looks to hire agents on the more experienced side, with at least two years in the industry under their belt.

While being the founder and CEO of Oxford keeps him busy, Mahfouda and partner Harden made time to explore other areas of real estate. The duo at one point owned as many as 100 multifamily apartment units in the tri-state area, mostly in Hartford, CT. They have since sold several of the properties.

They have both jointly owned co-op or condo units and completed renovations themselves, as well as helped clients in fixing and flipping. They have done significant work with larger-scale developers in New York City that are looking to acquire land and build ground-up hotel projects.

The first-hand experiences with multifamily has given Mahfouda and Harden a “unique perspective” as leaders of their firm, something they said helps them work better with their clients.  “You definitely understand what it takes to be an owner and advise clients,” said Mahfouda.

What sets Oxford apart is the company’s proprietary listing software, which enables agents to work remotely on the go, and essentially have all the tools they need whether in the office or out. “While it’s nice to have office presence, most people don’t need to go to the office,” said Mahfouda. “Even commission checks, everything is done virtually.”

While agents generally focus on condo and co-op sales and rentals, the company also offers office leasing and investment sales as part of their services.
The company’s HQ is currently located on 5th Avenue in Nomad, but they are in the process or relocating after spending five years there. They’ll be looking to take 10,000 s/f at their next offices.

They are also planning to open an office in White Plains, and are still in the midst of negotiating a lease there for about 3,000 s/f, an office that would be their first satellite office in a second market.

In the future, they are planning much more expansion. Mahfouda hopes to open an office in his native Long Island, as well as outposts in New Jersey and Connecticut, but his big dream is to go national.

“I think we’d like to be nationwide,” said Mahfouda. “I think something I have aspirations on is really improving on the consumer side of our website and hopefully competing on a national level with companies like Zillow, Trulia and Redfin. In the near term we want to just prove that we can replicate the business model slowly in other markets.”

As the company has experienced a surge in growth in the last year, Mahfouda sees a snowball effect, with much more to come.

“There are just that many more people carrying the banner for us,” he said. “We’re smarter about what we’re doing and offering more services. And we’re largely focused on investing the money we are earning back into the company to improve services and technology.”