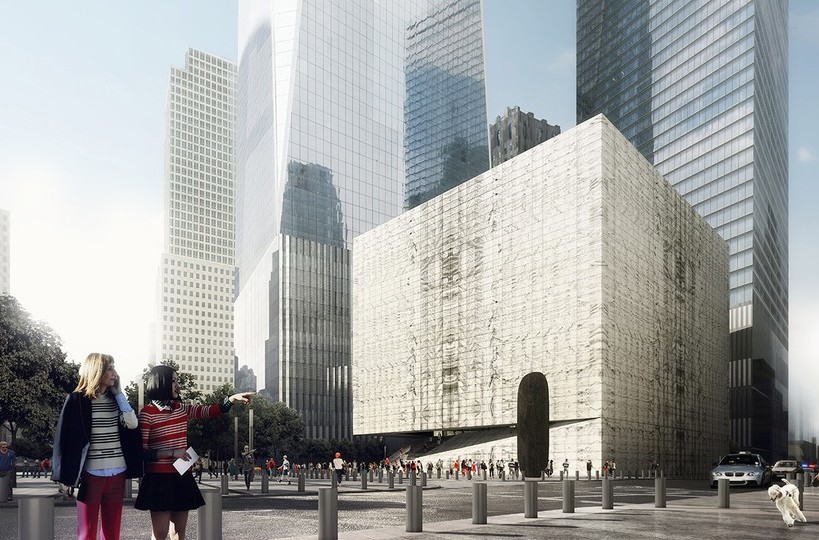 The Port Authority has agreed to a lease deal that should kick-start stalled construction of the new  performing arts center at the World Trade Center.

The agreement  calls for the agency to enter into a 99-year lease with World Trade Center Performing Arts Center, Inc. at $1 per year for the new facility to be built on the northern edge of the WTC site.

The deal includes an option to extend the lease for another 99 years at the same terms or transfer ownership of the site to the performing arts center at some point in the future for $1.

“New York is home to some of the most renowned cultural and creative institutions in the world and with this new performing arts center, Manhattan will cement its reputation as an international hub for the arts,” Governor Cuomo said. “This new facility will secure New York City’s status as a premier cultural destination while supporting tourism, jobs and economic growth for the entire Empire State.”

Designed by Brooklyn-based REX  the Ronald O. Perelman Performing Arts Center is a 200,000 s/f marble cube with several performance spaces that can be arranged in 11 different configurations to hold between 99 and 1,200 people. it will have three theaters, rehearsal space, a restaurant, and a gift shop.

It will  have the ability to host educational, community and fundraising events and produce and premier works by emerging and renowned artists, companies and institutions.

Following execution of the lease, the agreement calls for the Port Authority to accept $48 million from the World Trade Center Performing Arts Center Inc. from funding it will receive from the Lower Manhattan Development Corporation to cover the cost of the below-ground construction needed to support the above-ground PAC facility.

The Port Authority is completing the below-grade structure on the future PAC site, which is bounded by Vesey, Greenwich and Fulton streets and by a newly created Washington Place Plaza to the west. That work is scheduled to be completed by the end of this year. The Port Authority also agreed to work with the City of New York to secure an easement for a portion of the Fulton Street sidewalk needed for construction of the performing arts facility.

“We are pleased to see the culmination of more than a decade of planning to bring this cultural facility to life at the World Trade Center,” said Port Authority Executive Director Rick Cotton. “Today’s agreement will continue our efforts to bring closure to years of work to transform this site into a fitting memorial for the victims of 9/11, as well as an unparalleled transportation, business and tourist destination.”

“I believe the PAC is more than just a one of a kind performance venue,” said Ronald Perelman. “The PAC will represent the vitality and energy that has emerged in response to the tragedy of 9/11 and serve as a beacon to the world as to what can be done through the arts to bring people together. I want thank Governor Cuomo for his steadfast support for this project and the Port Authority for its partnership and tireless efforts to pave the way to build this cultural capstone on the successful restoration and redevelopment of Ground Zero.”

“The original vision for rebuilding the World Trade Center included a performing arts center to help bring new creative life and energy to the Lower Manhattan community. Now, after years of hard work and the generous support of civic-minded donors, this agreement with the Port Authority clears the way for construction to proceed — and for the center to benefit the local community, and the whole region, for generations to come,” said Michael Bloomberg, Chairman of the 9-11 Memorial and Museum. “It’s the final major piece of the puzzle in redeveloping the World Trade Center, and thanks to the support of Governor Cuomo and the Port Authority, it’s coming together.”

The Performing Arts Center is one of the final pieces of the original World Trade Center Master Plan to be built on the site. The 9/11 Memorial Plaza, containing two large pools with the names of those who died on 9/11 inscribed around it, opened on September 12, 2011, the day after the 10th anniversary of the terrorist attacks. The Memorial Museum followed nearly three years later, opening to the public in May 2014.

The World Trade Center Transportation Hub, which links 12 New York City subway lines with the PATH system, was opened in phases beginning in March 2016, with the remainder of the facility and the retail operation opening that summer.

In addition, Liberty Park, which was built atop the site’s Vehicle Security Center, opened in June 2016. The site’s West Bathtub Vehicular Access project remains under construction.