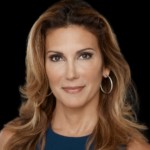 Before that, she was a senior managing director of the Corcoran Group’s East Side headquarters.
She serves a co-president alongside Hall F. Willkie.
Originally from upstate New York, Freedman earned her undergraduate degree from Ithaca College and her law degree from The University of the District of Columbia, David A. Clarke School of Law, in Washington, D.C.
Prior to entering the real estate world, she practiced law as an Assistant State’s Attorney and also worked at Legal Aid as an attorney.
She is a member of the Florida, Washington, D.C. and Maryland Bar, and worked in New York.
Freedman serves as a member of the Real Estate Board of New York’s (REBNY) Residential Listing Service board and was recently elected to the REBNY’s Ethics Committee.
•••
AKAM Sales & Brokerage announced that Michele Roderick has joined the firm.
Roderick has over 10 years’ experience in the real estate industry, previously working at Compass, Corcoran and Douglas Elliman.
She will be based at the Akam office at 260 Madison Avenue. 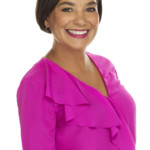 In addition to selling condominiums and co-ops Roderick was awarded No. 1 Rental Agent in 2014 having listed and closed the most rental transactions company wide.
A long-time resident of Greenwich Village, much of her business is centered in that area.
Prior to working in real estate , Roderick wrote and directed commercials, PSAs and short films.
•••
Keller Williams Tribeca has welcomed Arthur Hung to its team.
Hung joins the firm with 12 years of real estate experience, most recently having worked at Sotheby’s International Realty.
He is fluent in Mandarin and Cantonese, and has developed extensive relationships in China, Hong Kong and Taiwan.
•••
The Field Team at Sotheby’s International Realty has added an India Desk to its team. 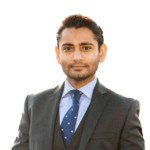 The Field Team already has an Asia Desk. Between April 2016 and March 2017, Indians purchased $7.8 billion worth of real estate in the US.
“As the India economy has continued to grow and the rupee has gained global strength, we have seen increased market activity and commitment from Indian buyers, particularly in new developments,” said Field.
Akash Puri will head The India Desk at The Field Team.
A former banker, he has lived and worked in London, Dubai, Singapore, Delhi and Mumbai and has over a decade’s experience in international real estate.
For the past three years, he lead UK Sotheby’s International Realty assisting Indian clients making real estate investments in Central London.
•••
Purplebricks Group announced that Jonathan Adler, Chief Marketing Officer for Purplebricks, has relocated to California from the United Kingdom to spearhead the company’s marketing and advertising efforts throughout the United States.
Adler joined Purplebricks in April 2017, bringing more than 25 years of marketing, communications and advertising experience to the company.
Prior to this, he served as Global CEO of H&O, a division of Ogilvy & Mather, the global network marketing and advertising firm. His experience also includes serving as CEO of communications consultancy Bell Pottinger Sans Frontières and VCCP International.
During his tenure at Purplebricks, Adler has been responsible for planning and overseeing the execution of Purplebricks’ “always-on” marketing campaign in the U.S.
•••
Lynne C. Lerner, a licensed associate real estate broker, has joined Compass after more than eight years as a top performer at RES. 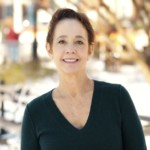 Lerner, a New York City native, has built a reputation for her integrity, in-depth market knowledge and savvy negotiating skills.
Prior to her career in real estate, Lerner spent 20 years as a marketing and design executive in the women’s apparel industry. Lerner is based at Compass’ Fifth Avenue headquarters.
•••
Mdrn has hired Cammy Cutler as managing director.
A 12-year veteran of the real estate industry, Cutler was previously a senior managing director at CitiHabitats.
At Mdrn, Cutler will be responsible for overseeing an expansion of the firm’s leasing endeavors, including business development, agent development, and owner relationships.
Cutler has a Bachelor’s degree from SUNY Albany in Business Management.
The firm has also signed on Chloe Cohen as director of strategic marketing.
Cohen has five years of real estate experience, having sold $15 million worth of new development in her first year in the industry.
She previously worked at both Elliman and Corcoran and is currently a Licensed Real Estate Salesperson in New York and Florida.
Prior to real estate, Cohen spent nine years working in startups, programming and marketing. She ran her own agency, CC Scene, which provided web design, graphics and development services to developers and tech firms.
At Mdrn, she will be responsible for the firm’s branding and expanding its digital footprint.
Cohen holds a BS in Clinical Nutrition from Brooklyn College.
Kobi Lahav has been promoted to senior managing director.
•••
Manhattan Skyline Management Corp has named Chris Dell’Armo Vice President of Sales, Leasing and Marketing.
With over 10 years of real estate experience, he will oversee a residential portfolio of over 2,500 apartments throughout New York City.
Dell’Armo began his career at Living Real Estate Group in Chelsea. He has worked with a top developers including RAL, Extell and World Wide Group, and has been part of the leasing or sales teams for several new development projects including The Ashley, The Aldyn, Loft 25 and Love Lane Mews.
Dell’Armo also worked previously with Stribling Marketing Associates, Extell Marketing Group and the former CHMG.