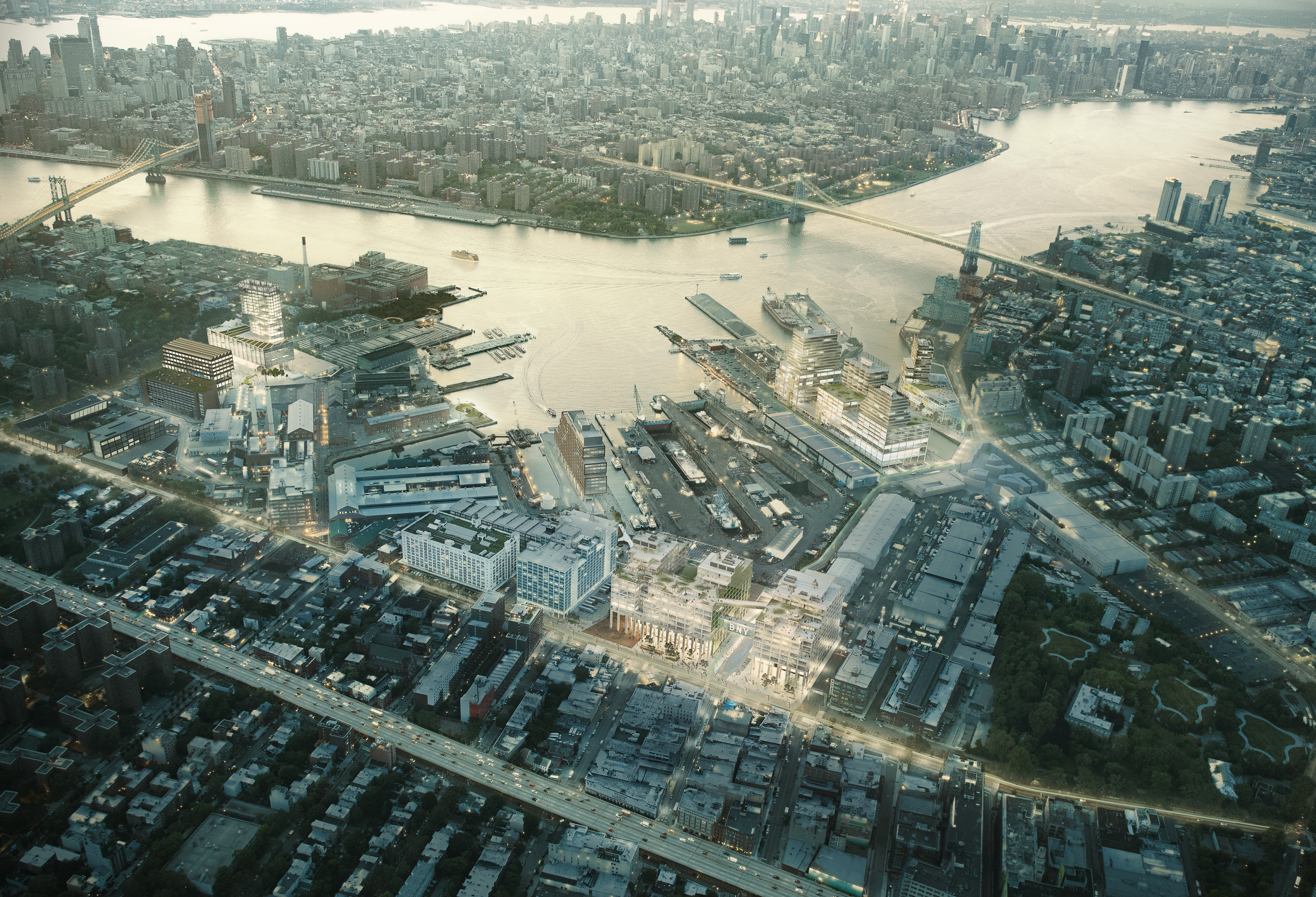 The Brooklyn Navy Yard (BNY)  unveiled a plan to grow manufacturing and add 10,000 new middle-class jobs over the coming years, bringing total employment at the yard to 30,000.

The plan is the culmination of one of the most comprehensive efforts ever undertaken to chart a course for the growth of the manufacturing sector in New York City, according to  David Ehrenberg, president of the Brooklyn Navy Yard Development Corporation (BNYDC).

“This plan is the transformative next step in the decades-long investment by the Brooklyn Navy Yard to grow New York City’s manufacturing sector,” said Ehrenberg. “We are at the start of a multi-generational period of growth that in the years ahead will return employment at the Yard to its highest levels since the 1940s while fueling a continued surge of manufacturing across the city.”

The $2.5 billion plan will add five million square feet of space, with at least 75 percent dedicated to both traditional and advanced manufacturers representing industries including food, apparel, tech, home goods and construction. The remaining space will accommodate complementary businesses in the creative, technology and innovation sectors.

Development is expected to begin following the completion of the $1 billion expansion already underway, taking employment at the Yard from 7,000 to 17,000-20,000 by 2020 and adding over two million square feet of space.

Funding for the development will come form “a combination of Navy Yard equity and project-based financing – made richer due to cross-subsidy tenants – with the balance from public- and private-sector partners,” according to a spokesman.

The current initiative is thought to be the largest expansion of manufacturing in New York City in more than a century. Together, the two phases of growth will more than double the usable space at the Yard.

With BNY having rehabbed and renovated all major existing space – culminating in 2017 with the $180 million rehabilitation of the one-million-square-foot Building 77, which opened more than 80 percent leased – the new plan will create a national model for how to build new vertical manufacturing facilities in dense urban environments, focusing on ground-up development at three sites within the Yard: Kent Avenue (approximately 13 acres); Flushing Avenue (approximately 6.5 acres); Navy Street (approximately 5 acres)

Each site will be transformed into a number of integrated, efficient, state-of-the-art manufacturing facilities that provide platforms for manufacturers to start, relocate and grow their businesses, while creating points of connection for tenants to collaborate and integrating the local community.

An extension of BNYDC’s mission, the planned growth is focused on providing current and potential tenants the tools necessary to grow their business. This includes connecting tenants and members of the community with the Yard’s onsite Employment Center, providing training and support to help businesses grow, enhancing accessibility and introducing new amenities designed to support and sustain businesses.

After decades of decline, an uptick in manufacturing in recent years has fueled a surge in demand for affordable, high-caliber industrial and creative space in Brooklyn and across New York. Nation-wide, the manufacturing sector added 196,000 jobs in 2017 – one of the highest-growth sectors for the year. BNY, now home to more than 400 businesses, leased 440,000 square feet in 2017, representing 1,000 jobs. The Yard has remained at near full-occupancy for years with a waiting list of businesses looking for space.

As with other successful projects at the Yard like Building 77, this expansion will be funded through a combination of Navy Yard equity and project-based financing – made richer due to cross-subsidy tenants – with the balance from public- and private-sector partners.