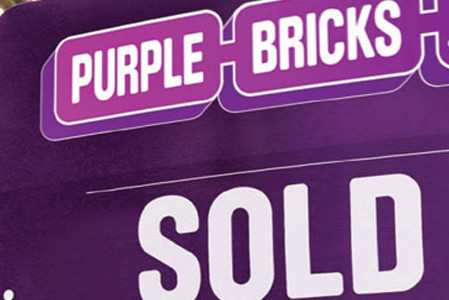 The UK firm that offers to sell your home for a flat $3,200 fee, just posted its biggest profit since launching in 2012. Operating profits hit $3.2 million, according to the Financial Times of London, compared with a £267,000 loss in 2016.  However, shares in the firm fell nine per cent after it reported pre-tax losses of just over $11 million in the six months to October 31,

The company, which entered the U.S. market this past September, is among a rash of online brokerages presenting sales and commission models that irk more traditional real estate companies.

It has been building its business in Australia and the US and this week announced that 40 Local Real Estate Agents (LREE’s) have joined its team in Los Angeles.  “We are extremely pleased with the pace at which we are procuring exceptional talent in the Los Angeles area,” said Global CEO of Purplebricks, Michael Bruce.  “This is a testament to the attractiveness of our unrivaled platform and supports our vision to become the most trusted real estate agency in Los Angeles, and across the U.S. Our new Local Real Estate Experts possess unparalleled market knowledge – a cornerstorne to our success as we enter new territories. We are dedicated to providing them with all the support and resources they need to build and grow a successful business.”

New Yorker Eric Eckardt was tapped as Purplebricks’ U.S. CEO earlier this year. In an interview with the Los Angeles Business Journal on the new LA hires, Eckardt revealed that the company now has a “development team” in Manhattan.

Purplebricks was unable to respond to a request for further comment on its New York expansion plans by press time. But Eckardt has been upbeat, saying, “Early indicators are favorable, with customers buying and selling homes through our platform with our LREEs.”

Purplebricks claims their business model enables sellers to save thousands of dollars in standard commission fees, which average 5-6 percent in the U.S., an amount typically split in half between the selling and buying agent.

To put Purplebricks’ value proposition into perspective, the median house price across Los Angeles County is $560,000, according to the US Department of Housing and Urban Development. When applying a commission rate of 5.5 percent, the cost to the seller is approximately $31,000.

With Purplebricks, a seller pays a flat fee of $3,200 to list their home and cover the standard three percent buying agent commission when the home sells, saving them around $11,000.
It is a strategy that has propelled the firm into the spotlight among U.K. firms after selling $3.6 billion worth of real estate in the past six months in Blighty.