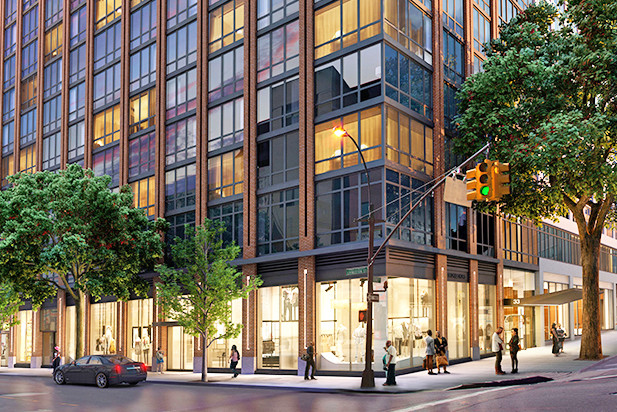 TF Cornerstone and Winick Realty Group announced retail leases with Dépanneur and Simó Pizza at the base of TFC’s 33 Bond, a 714-unit luxury residential rental building in Downtown Brooklyn.

Dépanneur and Simó Pizza are taking a combined 4,504 s/f along the base of the retail strip located at 300 Livingston Street. The retailers will join Chelsea Piers and Colombian coffee roaster Devoción, rounding out TFC’s roster of retail tenants.

Dépanneur, a pioneer in upscale and locally sourced provisions and takeaway, focuses on bringing the best ingredients and foodstuffs to their customer.

Depanneaur, which will be launching an additional two stores from its Williamsburg flagship, leased two separate retail spaces, with approximately 62 feet of all-glass Livingston Street frontage between them.

The first, measuring 1,820 s/f, will be similar to the high-end markets the company currently operates in Williamsburg and Clinton Hill. The second measures 1,051 s/f, will be another component to Dépanneur‘s shop.

Simó Pizza, a fast-casual pizza dining concept was derived by owner Simone Falco. He was inspired for this restaurant by his renowned Neapolitan eatery Rossopomodoro in the West Village and his Rossopomodoro locations within Eataly USA.

This second location at 33 Bond will occupy a 1,633 s/f space adjacent to Dépanneur, with 36 feet of all-glass frontage, 17-foot ceilings and offering guests a taste of Napoli in 90 seconds.

A Winick team comprised of Steven Baker, Aaron S. Fishbein and Daniyel Cohen worked alongside Steve N. Gonzalez of TFC to secure the leases on behalf of the developer.

A Ripco team of Andrew Clemens and Ben Weiner represented Dépanneur. Simó Pizza was represented in-house in its lease.
An additional 3,500 s/f of retail remains available.

Shopping centers will drop the ʼcentersʼ by 2030, and other big changes coming to a mall near you