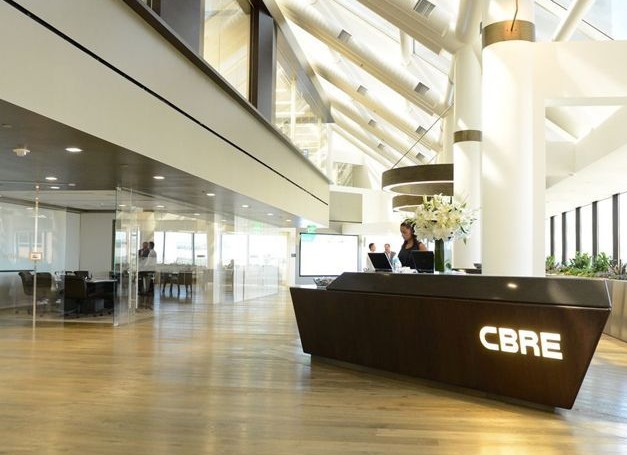 A senior vice president in the brokerage services group at CBRE’s Midtown Manhattan office, Patrice Meagher has worked with some of the city’s biggest landlords.

But the job that honed the skills particular to working with big corporations was one quite a step away from the fast-paced commercial real estate world.

Meagher, a Philly native, graduated from Boston College after studying film and communications and found herself in need of a job and unsure of what industry she wanted to work in.

Wanting to move to New York, but without the funds to do so, she went out on several job interviews before someone suggested she look into the non-profit sector. She ended up meeting with a staffer at The Philadelphia Orchestra, and as fate would have it, someone who was supposed to start a position that day hadn’t shown up for their first day. She was offered the job on the spot.

Meagher grew up with many family members that worked in commercial real estate, including her father.

“Pretty much everyone I’m related to in Philly is involved in commercial real estate in some capacity,” she said.

After she got the job at The Philadelphia Orchestra, her father encouraged her to speak with the biggest developer at the time in Philadelphia. He was also involved in non-profit work, and Meagher’s father pointed out that many in the real estate industry were involved in non-profit work as well. “He said you’ll meet all the important stakeholders and learn about real estate,” said Meagher. “Hospitals, schools — real estate is all part of what makes cities.”

That included the board members of the Orchestra. Meagher thrived at her position, where she was able to meet with “all kinds” of different people, something that helped in her job now, where she still interacts with a diverse group of people. But three years in, she was looking to change it up and bring in more income.  She went to work for an owner in Philadelphia, and that was where she really cut her teeth working with owners. It was a smaller firm, but she was able to learn quickly, working on transactions, acquisitions, and leasing.

After four years, she decided to make the move to New York City. It was August of 2007, just ahead of the collapse of Lehman Brothers and the subsequent recession.
She was referred to industry vet Paul Amrich, a vice chairman in CBRE’s advisory and transaction services and one of the City’s top leasing brokers.

“They said your experience with owners would translate really well and he’s looking to grow his team,” said Meagher. Ten years later, they are still on the same team, working as partners. “We had a lot of the same work style and clicked right away.”

Among their many current projects, Meagher and the team are working with Normandy Real Estate on its building at 175 Pearl Street in DUMBO Heights, which they are redeveloping. That building will have commercial office space with retail on the ground floor.  “Etsy has its headquarters there, WeWork has a huge project there, there’s a lot of people who are big believers,” said Meagher of development in DUMBO.

While most of her work is on the agency side, Meagher loves to work with tenants.  “We’ve have been successful with tenants that we work with because we have a deep understanding of what landlords think,” she said.

As her career blossomed over the last decade, Meagher’s family blossomed as well; she had four children with her husband. When she first became a working mother, she wasn’t sure how the two roles would work together.

CBRE has a national women’s network for members of the firm, and Meagher was one of the founding partners of the local chapter in New York. She recently attended a conference in Nashville with women in senior positions at CBRE from across the country, as well as their clients, and called it the best CBRE event she’d ever been to.

“It was a lot of energy. A lot of it was tips for growth for women in the real estate industry,” she said. “It was really awesome to see so many successful women in roles that are excited about commercial real estate.”

The mission statement of her local women’s network is the retention of women, and the promotion of women to the next level.  “There’s not that many women in commercial real estate brokerage, because there’s not that many in commercial real estate,” said Meagher. “I’ve seen growth, and it’s a very important discussion for us to continue to recruit talented women and promote them and keep them in the business.”