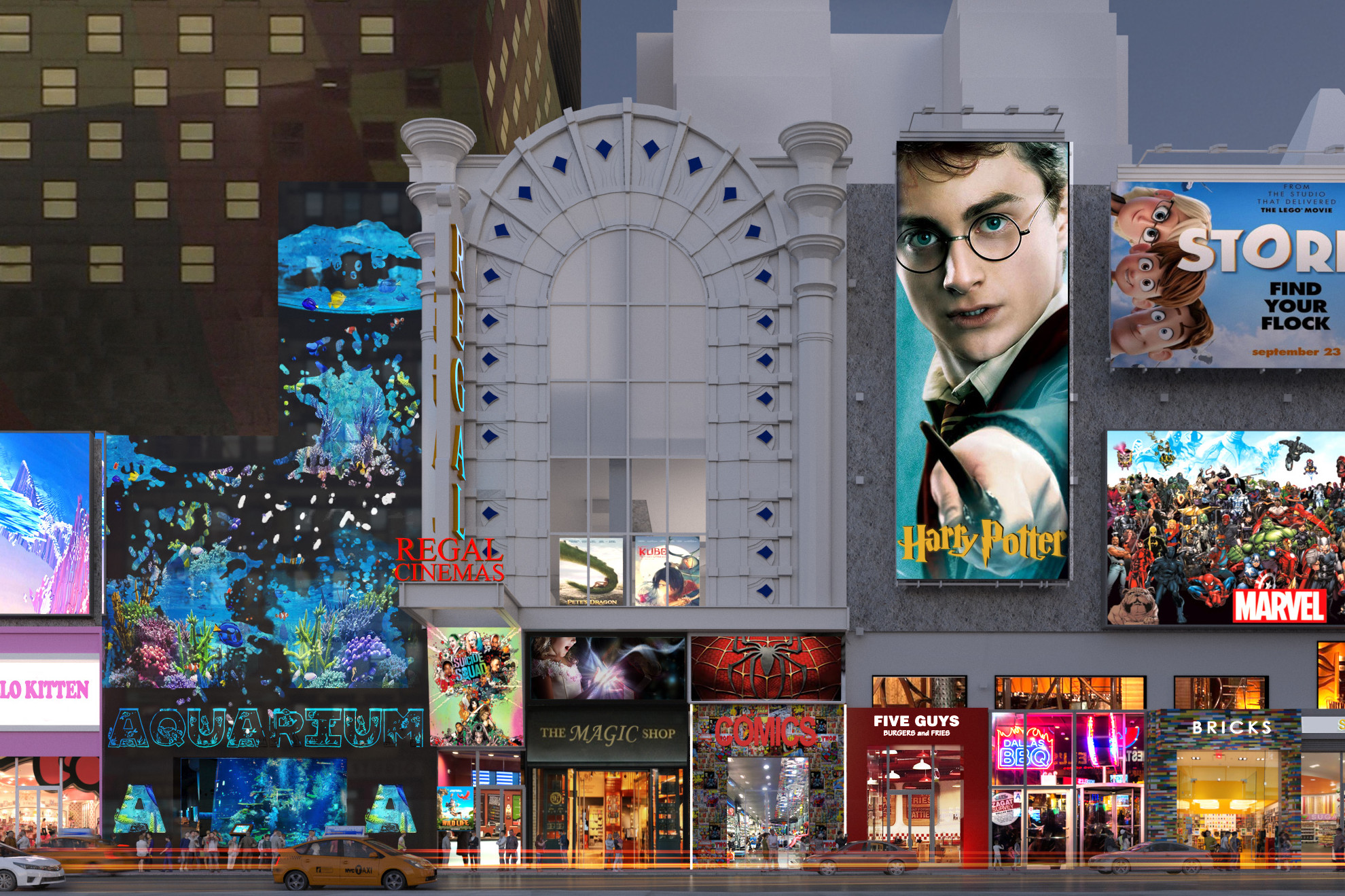 Tishman Realty has signed a deal with Regal Cinemas to extend its  lease at the E*Walk Retail and Entertainment complex on 42nd Street in Times Square.

The developer will upgrade the movie theater as part a larger redevelopment of the retail strip at the Crossroads of the World.

“We see an opportunity for a re-branding and enhancement program that will transform the property into a top destination for large format retailers and experiential entertainment users,” said Joseph Simone of Tishman Realty Corp, who has been working on the planning for the redevelopment since mid 2015.

The renewal and extension with Regal Cinemas as one of its anchor tenants at the 42nd Street property will serve as the catalyst for the launch of the redevelopment. The Regal theatre renovation will feature luxury recliners with reserved seating in all auditoriums, an expanded food menu, a 4DX auditorium, the Regal Premium Experience auditorium and  IMAX VR experience.

The state-of-the-art amenities, along with the recent announcement of the Lionsgate Entertainment City lease directly across the street from the project, will solidify West 42nd Street as one of the pre-eminent entertainment destinations in the world, according to JJL’s Patrick Smith.

“E*Walk is a prime location for retailers, located along 42nd Street between Seventh and Eighth Avenue, on one of the busiest intersections in New York with 94,000 passer-byers daily and 65 million commuters a year from the nearby subway stations and Port Authority Bus terminal. E*Walk’s location and adjacency to Times Square’s Bowtie provides an incredible opportunity for retailers seeking a flagship type store at competitive rental rates,” said the retail leasing broker.

The five-level E*Walk retail complex offers anchor spaces ranging from 20,000  to 50,000 s/f and multiple small tenant configurations. The proposed spaces will be able to accommodate both large- and small-format retail, apparel and entertainment uses, with an additional 20,000 s/f of billboard and multimedia signage available.

Originally conceived and developed as retail, E*Walk also offers 400 by 100 ft. floorplates, high ceiling heights, and the opportunity for retail users to create double height store fronts. The redevelopment is expected to be completed in 2020.