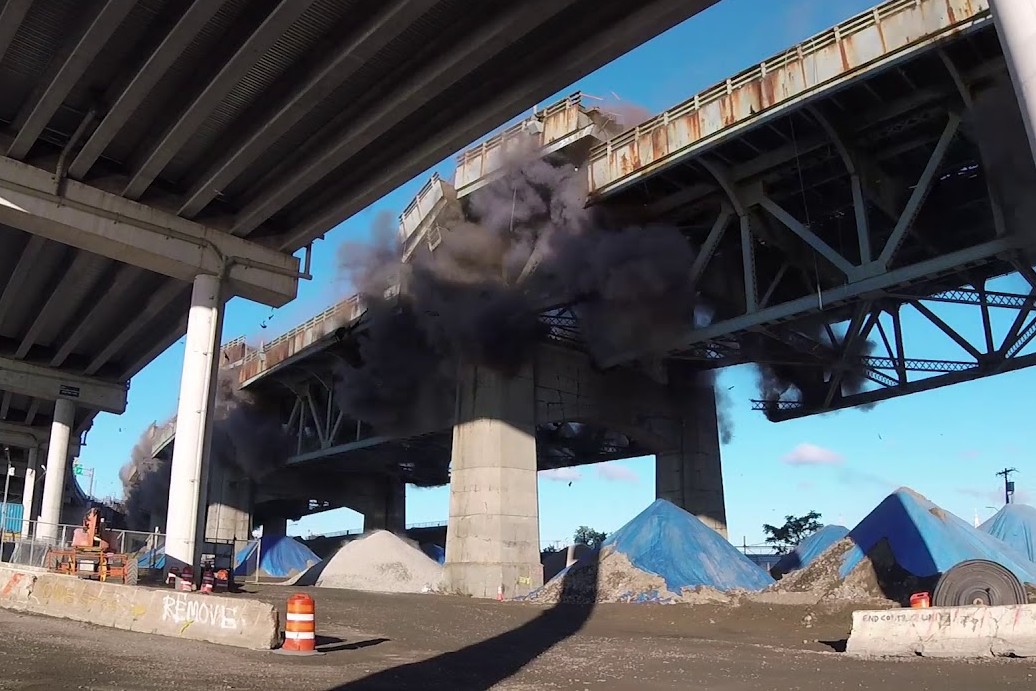 Sahn Ward Coschignano represented Emil Realty in an agreement to protect its buildings from potential damage arising from the implosion of the former Kosciuszko Bridge earlier this month.

The bridge was fells in a controlled implosion that occurred just 25 feet from Emil Realtyʼs buildings.

“We are pleased to be able to provide this representation to our client,” Ward said. “By entering into this agreement, we were able to protect our client’s properties and interests while, at the same time, allowing this vital public works project to move forward.”

Emil turned to the law firm for guidance on how best to protect its properties from potential damage arising from the implosion, which called for the felling of the approach trusses of the bridge by detonating explosives at key

structural points on the bridge and allowing the road bed and its structural components to collapse to the ground below the bridge.

As planned by the New York State Department of Transportation and its contractor, Skanska Kiewit, an 800-ton segment of the bridge was to fall a vertical distance of approximately 50 feet and land approximately 25 horizontal feet from the client’s buildings.

The client was concerned that such ultra-hazardous activity could potentially cause catastrophic damage to its buildings.

Sahn Ward Coschignano assembled a team of professionals, including a structural dynamics engineer, to assess the bridge felling plan and its anticipated impact on the client’s buildings.

The deal included the installation of seismic monitoring devices in the buildings to measure the vibrational energy generated from the felling and its impact on the building and a promise of prompt repair of any damage caused.

The bridge was successfully dismantled when the remaining space of the 1939 crossing were blown up in September.