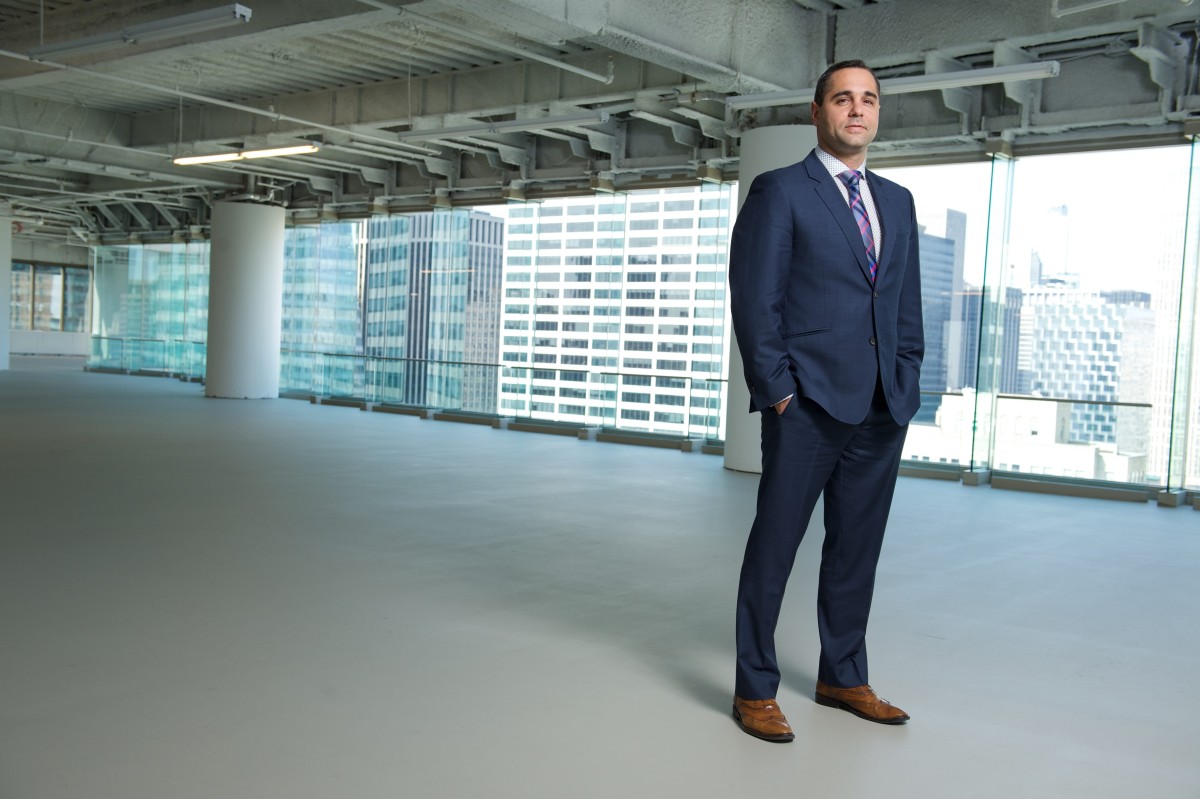 452 Fifth dimension has Israeli owners on lookout for other space

With 452 Fifth Avenue reaching 100 percent occupancy earlier this year, there has been a lot of speculation on whether its main tenant, British bank HSBC, would be sticking around after the end of its lease in 2020.

While PBC USA Real Estate describes its relationship with its largest tenant as “fantastic” and “positive,” it has installed contingency plans in case of a defection.

“We are absolutely prepared for them to go elsewhere if they want to and they choose to,” said PBC USA chief executive officer Eli Elefant.

“We have contingency plans if they don’t renew. We’re positive and hope that we can keep HSBC, but there is potential. If they leave their space, we believe we can do a very good job of repositioning that and leasing it up. We’d love to keep them, but we’re absolutely prepared for the alternative.” PBC USA, a subsidiary of Israeli firm IDB Group, has so far succeeded in filling up the 283,000 s/f of office space that HSBC does not occupy in the building.

Last July, the company closed on two deals for penthouse units on the Class A office building’s 30th floor. The last two tenants to sign on for the building were Varadero Capital, an investment firm, and Triangle Capital, a finance company.

Elefant declined to provide financial details on the deals. However, he said that the last four leases on the building closed at over $110 per s/f. Currently, HSBC occupies 580,000 s/f of space in the building.
While PBC is confident of its prospects in a scenario where 452 Fifth Avenue can no longer be called HSBC Tower, Elefant said that they will do their part in continuing the status quo.

“They will have an RFP out on the market and we will be recipients of that RFP, just as anyone else will be. We will try to bid like everyone else on their renewal,” he said.

In the meantime, PBC USA will be fending off suitors for what it calls its “business card” property in the New York City market.

“We intend on holding it in spite of many offers that we’ve received, in excess of 40 since last September, to purchase the building,” Elefant said.

In spite of having a value-add strategy, PBC USA is holding on to 452 Fifth Avenue for reasons that are not entirely based on projections.

“This is one of 80 buildings in Manhattan that get triple digit rents. It’s a factor of where the economy is, but it says something about the building. When that is your business card, it is a much easier way to do business in the United States. If no one knows who you are, you could be the largest company in China or Russia, it’s still going to be very hard for you to get into New York real estate,” Elefant said.

The company’s strategy for 452 Fifth Avenue has been questioned by industry insiders and potential buyers. Last May, Bill Shanahan, the vice president for investment properties at CBRE, told Israeli newspaper Calcalist that PBC USA’s decision to keep the building may be an “unsuccessful gamble.”

“The goal is a longer-haul period. And why is that? Because ultimately PBC is a publicly traded company in Israel and its primary business is to own and operate real estate,” Elefant said.

With more than $850 million in its balance sheet, the company is looking to expand where it owns and operates real estate.
According to Elefant, they have 16 properties in their portfolio, and they are looking to expand that number in underserved office markets.

PBC USA’s investment in 452 Fifth Avenue has provided generous returns. The company bought the property from HSBC for $330 million in a sale lease-back deal. Since then, its value has grown to over $1 billion.
The building is part of a resurgence in property values for the Bryant Park area.

Earlier this year, Ivanhoe Cambridge and Callahan Capital Properties bought 1095 Sixth Avenue for $2.2 billion. Last May, Hines sold 7 Bryant Park to Bank of China in a deal worth $600 million.

Is manufacturing making a comeback in the United States?