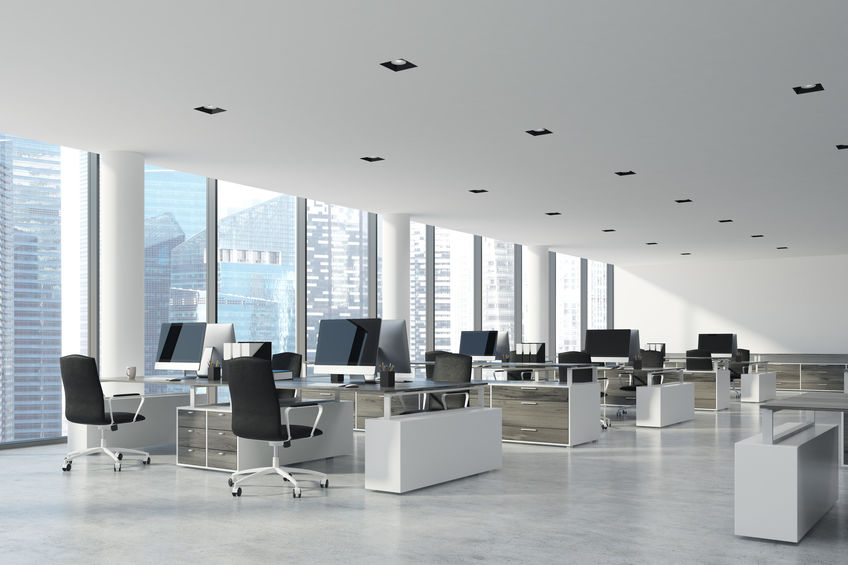 Slow and steady is winning the race in the Manhattan office leasing sector according to third quarter market reports.

Job growth and the city’s tech boom are being credited with keeping the market healthy and rents rising.

“2018 was a record year,” said Danny Mangru, research manager at Transwestern. “To have 34 million square feet in leasing activity, it’s just not sustainable to have every year. Twenty-eight million is an average, strong year. While we’re still behind in historical averages, there’s a lot of activity in the pipeline that’s going to be completed in the fourth quarter.”

During Q3, a total of 5.7 million s/f of office space was leased, bringing the year-to-date total 21.2 million s/f, according to Transwestern.

Availability went up to 10.9 percent, from 10.5 percent in Q2. Transwestern pointed to new construction and shadow space for the increase, noting that the bump in supply hasn’t hurt asking or taking rents, which remained near record highs at $80.24 per s/f.
For Class A space, there was also a bump from $85.73 to $97.01.

Mangru said once the city’s shadow spaces come back onto the market, it too should command higher rents because these days, it’s practically a given that a landlord will renovate to be more competitive with new development.

It was a good quarter for TAMI (technology, advertising, media and information), with those companies occupying more than any other sector, even finance.

Savills reported they made up 35.3 percent of leasing volume year to date, which is nearly double the figure from this time last year, 15.8 percent. TAMI tenants also accounted for 56.4 percent of the major transactions.

Google signed one of the largest leases for 1.3 million s/f at Oxford Properties’ 550 Washington Street, scheduled for completion in 2022. With advertising company Publicis Group renewing its lease and expanding with 977,265 s/f at 375 Hudson Street, the Hudson Square area led leasing activity in Manhattan.

By contrast, the finance sector made up 23.3 percent of leasing volume, year to date, down from 30.5 percent last year.

Savills predicts things could get more competitive for tenants looking for big blocks of space because of the growth in TAMI. But for those who are seeking over 100,000 s/f of space, midtown has the most options.

Savills also suggests the turmoil within The We Company/WeWork, which has pulled the brakes completely on its aggressive leasing campaign following its IPO pullout, will “cast a shadow of skepticism on the market throughout the fourth quarter as owners re-evaluate WeWork’s tenancy, credit, and contracts.” On the other hand, the report noted, any unfunded or canceled deals could create opportunities for more traditional would-be occupiers of office space.

Of coworking tenants, WeWork was easily the top space occupier with 8 million s/f, including 500,000 s/f leased during Q3. This meant it controlled over 58 percent of flex inventory.

Coworking represented 10 percent of activity during the quarter, Transwestern said.

In Midtown, class A space is becoming harder to come by, despite new development, but overall availability has increased to 11.6 percent. This is higher than the 11 percent availability rate for all of Manhattan. Colliers pointed out that this has been the highest quarter of negative absorption (2.03 million s/f) midtown has seen in 10 years.

Downtown was the only market to see its supply squeezed during the quarter with availability lower by 0.4 percent to 10.8 percent, Colliers reported. This was the tightest availability since 2008 with absorption at 0.43 million s/f.