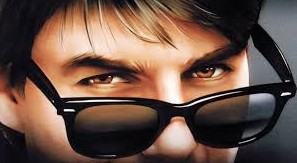 Concerns over increases in interest rates and hedging continue to give REITs their biggest headache, according the BDO RiskFactor Report.

The annual report examines the most recent SEC 10-K filings for the 100 largest publicly traded REITs in the U.S.

This year, the study shows that 97 percent of REITs remain worried about interest rates and hedging.

The year-over-year increase — from 90 percent in 2014 and 88 percent in 2013 — could be attributed to anticipated interest rate hikes that could be initiated this year by the Federal Reserve.

Low interest rates have helped fuel growth in the REIT industry in recent months, but an increase in rates could impact access to capital and stymie future growth.

Despite these risks, strong economic fundamentals, as well as a lack of alternative investments that provide an attractive risk-adjusted return, could help sustain strength in the REIT industry.

Low rates, coupled with greater demand, could be responsible for the robust M&A activity experienced by the industry of late as REITs are eager to grow portfolios.

Nearly all REITs (97 percent) mention risks associated with mergers and acquisitions, joint ventures and partnerships in the report, up from 85 percent a year ago.

Furthermore, acquiring or partnering with other companies in joint ventures is becoming a more competitive process as well.

REITs are exploring creative approaches to acquisitions and joint ventures, with some of the larger REITs focused more on consolidation.

However, high demand and a shortage of quality product mean many REITs are taking a differentiated approach to securing additional properties, which has particularly affected the New York market.

REITs’ concern over mergers, acquisitions, and joint ventures is being fueled by heightened competition for prime real estate, with 98 percent of REITs citing the increase as a business risk, up from 94 percent last year.

Some REITS are sticking with their chosen markets, but using new and innovative deal structures to ramp up activity in the face of this competition.

Others are choosing to round out their portfolios with properties in alternative secondary and tertiary markets, locations that previously hadn’t seen as much REIT action.

As mention of risks related to M&A transactions goes up, so too does the mention of tax rates and laws.

This could be a result of the complex tax issues that can emerge during M&A transactions. Ninety-nine percent of REITs mention tax laws and rate increases, up from 85 percent in 2014.

Similarly, risks related to internal controls, financial reporting and accounting rule changes were often cited, with 73 percent of REITs mentioning them this year, up from 50 percent in 2014, and 36 percent the year before.

Threats of terrorism, civil unrest, climate change and natural disasters appear to have REITs increasingly concerned, with 90 percent of REITs noting one or more of these risks.

This year the Northeast experienced record-breaking snowfall and across the country, California is in the midst of its worst drought in 1,200 years.

Such risks could be contributing to a rising concern around inadequate insurance, with 95 percent citing this as a risk, up from 87 percent last year.

REITs also remain worried about cybersecurity. This year, 89 percent of REITs cite security breaches as a concern, up from 63 percent last year.

In a cyber attack, not only is confidential information at stake, but also the financial cost of remedial actions, not to mention reputation. In fact, this could be behind the jump in mention of legal proceedings and litigation; the risk is mentioned by 73 percent of REITs, up from 40 percent in 2014.

Finally, the study revealed that the number of REITs citing operating expenses and costs of capital improvements has been steadily increasing, with 88 percent noting it as a risk this year, up from 82 percent last year.

If rental income and operational costs diverge dramatically, REITs could experience significant financial losses. Additionally, the cost and timing of renovations could be burdensome and might not result in desired returns.

Intensifying the concern around such capital improvements is the increasing number of environmental standards for newly renovated properties.

This may be why 92 percent of REITs cite environmental liability as a risk, up from 89 percent last year.