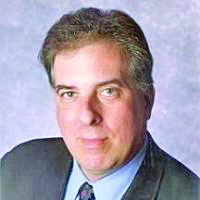 The Moinian Group announced that it has completed a long-term renewal and expansion at its 535 Fifth Avenue, with IQPC/Penton Media now taking 28,340 s/f in the property.

Under the new lease, IQPC/Penton Media will now occupy the entire 8th floor, as well as space on the 9th and 10th floors.

With this latest transaction, Moinian has now arranged more than 120,000 s/f of leasing in the building in 2014.

“This is one of the larger leases we have completed at 535-545 Fifth Avenue this year,” said Gregg Weisser, senior vice president, Director of Leasing of The Moinian Group.

“We have continued interest in the property from multiple office and retail tenants, and look forward to reaching 100 percent occupancy.”

“After testing the market and exploring alternatives, the tenant decided to renew its lease at the building due to the central location, first-class ownership, and the ability to expand into contiguous space,” said Mitchell Arkin, executive director, brokerage of Cushman & Wakefield, who along with colleagues Myles Fennon, Haley Fisher, Remy Liebersohn, and Adam Nelson, represented ownership in the transaction.

Noel Flagg and E.N. Cutler, of Newmark Grubb Knight Frank, represented IQPC/Penton Media.
535-545 Fifth Avenue is situated within one of Manhattan’s largest transportation hubs including 42nd Street/Grand Central, 42nd Street/Bryant Park, and 42nd Street/Times Square, with access to Metro-North Railroad.
Other tenants to sign leases at the property this year include Gardiner & Theobold and Orbitz.