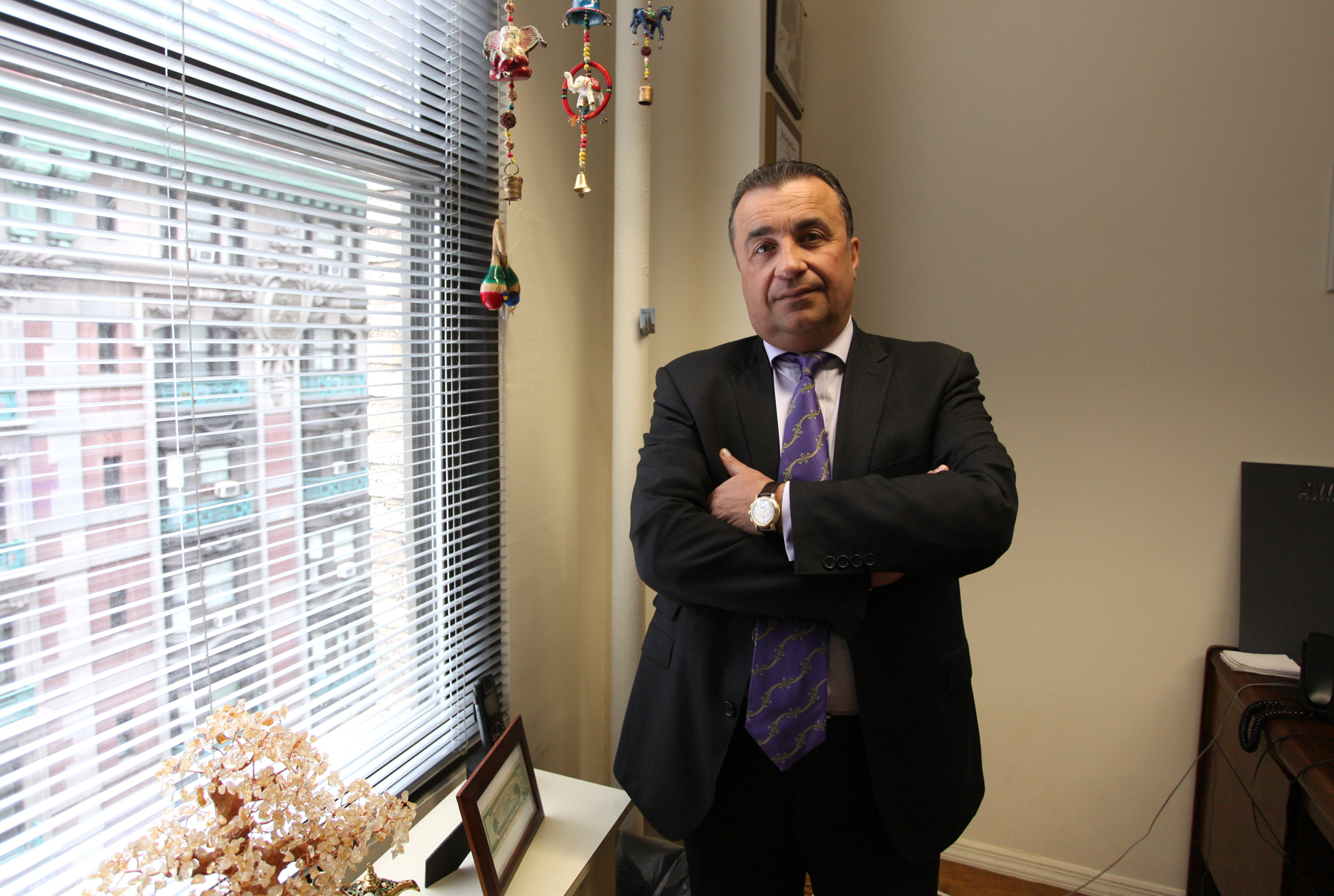 The art of selling New York’s lifestyle to oligarchs

Say you suddenly decide you want to buy an SUV. Would you call your real estate broker at 5 a.m. and tell him to drive to the next dealership ASAP? If this sounds ludicrous, you haven’t met Gennady Perepada’s clients.

On a recent Wednesday afternoon, the fifty-something, Soviet-born broker sat in his small Midtown office examining the sales contract for a brand new Toyota Highlander.

His workday had begun at the crack of dawn when a Russian client called him on his Blackberry, which he never switches off or mutes. The client’s wife, who lives in the Manhattan luxury apartment Perepada found for them, needed a car to drive her daughter to school. Could he go to a dealership and choose one.

Perepada, who has ample experience with such requests, called a car dealership right away and left a message. At 9 a.m., he stood at the dealer’s door and began test-driving. By afternoon he had set up a contract, and his client’s wife briefly showed up to sign.

For all that work Perepada didn’t make a single dollar. “It’s a favor,” he said with a dismissive shrug.

Perepada makes his money selling luxury properties through his small brokerage One & Only Realty, mainly to wealthy buyers from the former Soviet Union.

But calling him a broker would belittle the breadth of services he offers. On any given day, his work may be that of a contractor, building manager or even a luxury concierge.

Once a sale closes, Perepada often handles the renovations, buying furniture and hiring and overseeing contractors on behalf of his clients abroad. He also manages 19 of his clients’ units, collecting rent and paying bills, which makes him something of a one-person, integrated real-estate services firm.

If his clients have non-real estate related requests, Perepada is their man, too.

He claims to have arranged knee surgeries and baby deliveries in New York City. During the holidays, his inbox is overflowing with requests asking him to buy jewelry for assorted wives, girlfriends and daughters.
Perepada heeds all these requests even though they don’t earn him any money because he knows it makes him more valuable to his foreign clients.

“For today’s wealthy person, the most important thing is saving time, which equals money,” he said.

Perepada’s visible success — he owns two brand-new Mercedes, a large house in Sheepshead Bay and a vacation home in Miami — offers a glimpse of how the influx of foreign money is starting to change the brokerage profession in Manhattan.

While local buyers won’t have trouble finding contractors or a jewelry store, foreigners often do.

Moreover, Perepada said his predominantly Russian clients don’t have the time to fly to New York for a few weeks and arrange for an apartment’s purchase and renovation. The more services a broker can offer to them, the better.
Apart from representing buyers, Perepada’s brokerage also had a number of exclusive listings in the greater New York area, including a condo in Tribeca and condos in Midtown. This is no small success for a brokerage with five agents that didn’t exist ten years ago.

Perepada grew up in Ukraine and started off as an ice cream chef in the Soviet Union, working in places as remote as Siberia and Uzbekistan. In 1990, as the communist state began to fall apart, Perepada left for New York with his wife and his six year-old son. He was 29 years old and didn’t speak a word of English.

Perepada doesn’t like talking about his first decade in the United States — all he said is that he worked odd jobs and learned English by ear. In the early 2000s, he got his real estate license and began working as an agent for G-Line Realty.

“I told everyone I’m an agent, and started selling homes,” he recalled.

His big break came when he decided to fly to Moscow for a real estate conference and offer his listings there. The contacts he made led to others, and soon he had a long list of clients from across the former Soviet Union and currently has representative offices in Kazakhstan, Russia and Azerbaijan.

The gifts from clients Perepada keeps in his office give an idea of how far his business reaches: there are figurines from Kazakhstan and painted plates from Azerbaijan sharing a wall with a framed New York Times and Forbes articles on the broker.

Part of his success has to do with timing. Perepada became a broker at precisely the time when wealthy Russians began buying up condos in New York. But the past few months have shown how volatile this trend is.

The threat of U.S. sanctions against Russia over its invasion of Ukraine has slowed down Russian investment in New York. One of Perepada’s clients had already requested a contract for a luxury condo, but then backed out last minute when sanctions became a possibility.

Perepada said he is optimistic that tensions will subside and Russian buyers will continue to buy in New York. “Time will tell,” he said. “You always have to hope.” In the mean time, “my local clients are keeping me busy.” взять деньги в долг на карту

Rosabianca has a roadmap to success