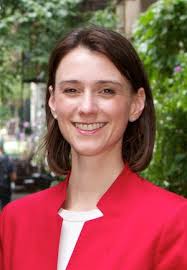 Former New York City Council Member Jessica Lappin has been named the next president of the Alliance for Downtown New York.

Lappin will also serve as the president of the Alliance’s sister organization, the Downtown Lower Manhattan Association.

“I am thrilled to be joining the Downtown Alliance and eager to lead such an accomplished team,” Lappin said.

“It is particularly exciting to be taking the helm at the Alliance at this point in the district’s history.

“The transformation unfolding in Lower Manhattan is inspiring. Working on behalf of the area’s businesses, residents, workers and visitors will be an honor and a privilege. “

Lappin, who began her new position February 10, was selected after an extensive search process that was initiated following the death of the Alliance’s previous president, Elizabeth H. Berger.

A lifelong New Yorker, Lappin has a distinguished record in civic life and public service. A New York City Council Member representing Manhattan’s fifth district from 2006 to 2013, she earned a reputation as a committed advocate for her constituents and a champion of common-sense, practical solutions.

She played a key role in bringing the Cornell-Technion Applied Science and Engineering Campus to Roosevelt Island.

A place for everything, and landmarking in its place