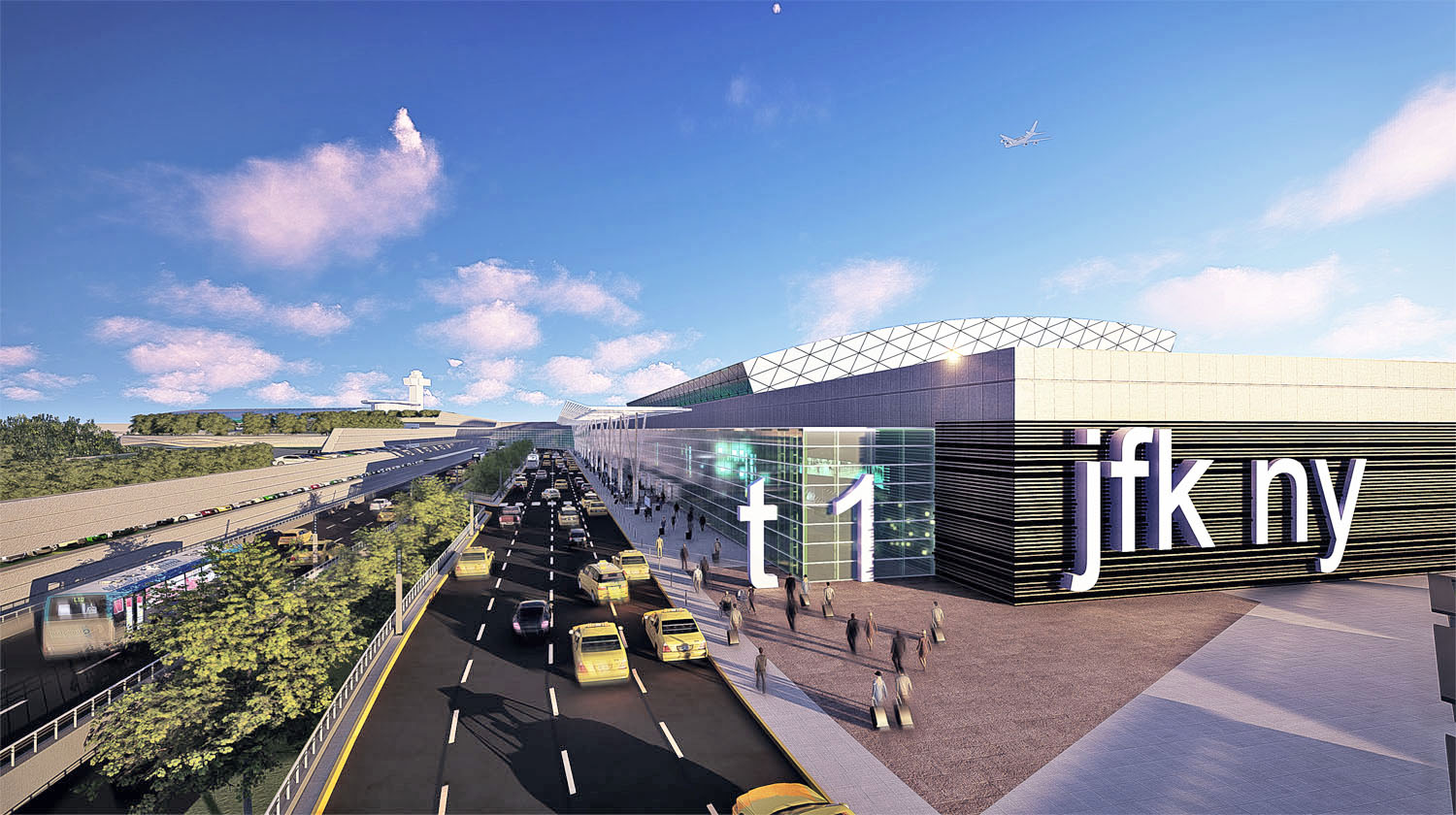 “We are New York, and we remember the bravado that built this State in the first place, and that is the attitude that will take JFK and turn it into the 21st century airport that we deserve,ˮ said Gov. Cuomo while detailing the the recommendations of the Governor’s Airport Advisory Panel.

The on-airport transformation will include creating interconnect terminals by expanding newer terminals and redeveloping or relocating older terminals.

Roadways will be redesigned to create a “ring road” configuration, to allow for easier and quicker access to all of JFK’s terminals, including for taxis, ride-sharing and for-hire vehicles.

Parking lots will be centralized within the “ring road” layout with clear short-term and long-term parking options.

Improvements will also be made to dining, duty-free shopping, retail, and conference and meeting room facilities while state-of-the-art security technology will include facial recognition and video tracking software that is currently being incorporated across New York’s infrastructure developments.
The vision plan also addresses bottlenecks in road access to and from JFK on the Van Wyck and at the Kew Gardens Interchange.

Governor Cuomo endorsed $1.5 to $2 billion in spending by the State Department of Transportation to improve the roadways leading to JFK.

The Panel also recommended the development of actionable plans to expand rail mass transit access to the airport. The Panel laid out options including doubling the capacity of the AirTrain, improving the MTA’s subway and LIRR connections to the AirTrain at Jamaica Station, and exploring the feasibility of a one-seat rail ride to JFK.

At LaGuardia, Delta Airlines has signed a lease through through 2050 for the last component of a transformed airport.

The Port Authority will provide $4 billion to redevelop the Delta terminals and the rest of the construction — $3.6 billion – will be funded privately by Delta and its partners.

Construction at LaGuardia began in June and will expand to this project later this year, following additional regulatory approvals.

Governor Cuomo said, “Since breaking ground in June, we have made tremendous progress on building a new airport that was once thought to be impossible, restoring faith in government’s ability to get things done. I thank Delta for their partnership and look forward to welcoming millions of travelers through the gates of a new LaGuardia Airport.” 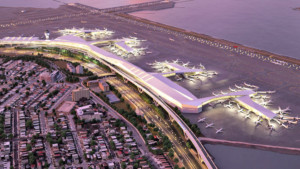 The Port Authority’s $600 million commitment includes $200 million towards the new Delta facilities, including the construction of new concourses and ramps; $185 million for a new electrical substation to support the power requirements of the new building, plus an expansion of the East Garage and temporary parking during construction; and $215 million for new roadway and additional supporting infrastructure that is typically the responsibility of the Port Authority in new terminal developments.

Delta’s new terminal at LGA will consist of 37 flexible-gauge gates, each capable of accommodating aircraft ranging from regional jets to Delta’s full fleet of narrowbodies. Four concourses will be connected by a centralized check-in lobby, security checkpoint, and baggage claim. Of the 37 gates, 33 will have access to dual taxi lanes, which will improve airfield efficiency by reducing departure and arrival taxi times.

The Port Authority first approved the $600 million for the project in July 2016.

The project will be the first complete rebuild of a U.S. airport in 20 years. It will transform LaGuardia Airport into a single, unified facility with expanded transportation access, significantly increased taxiway space and best-in-class passenger amenities. The design reflects the recommendations from the Governor’s Airport Advisory Panel, including the new light-filled Central Hall where passengers arrive, and which combines former terminals for the first time.

By moving the unified airport closer to Grand Central Parkway, the project will increase airport taxiways by more than two miles and reduce airport ground delays.

The airport’s interior will be intuitive for passengers to navigate, and will facilitate efficient movement throughout the facility.

The design will also take into account the realities of post-9/11 air travel, with additional space for security check-in to help diminish wait times for passengers as they pass through mandatory TSA screening.