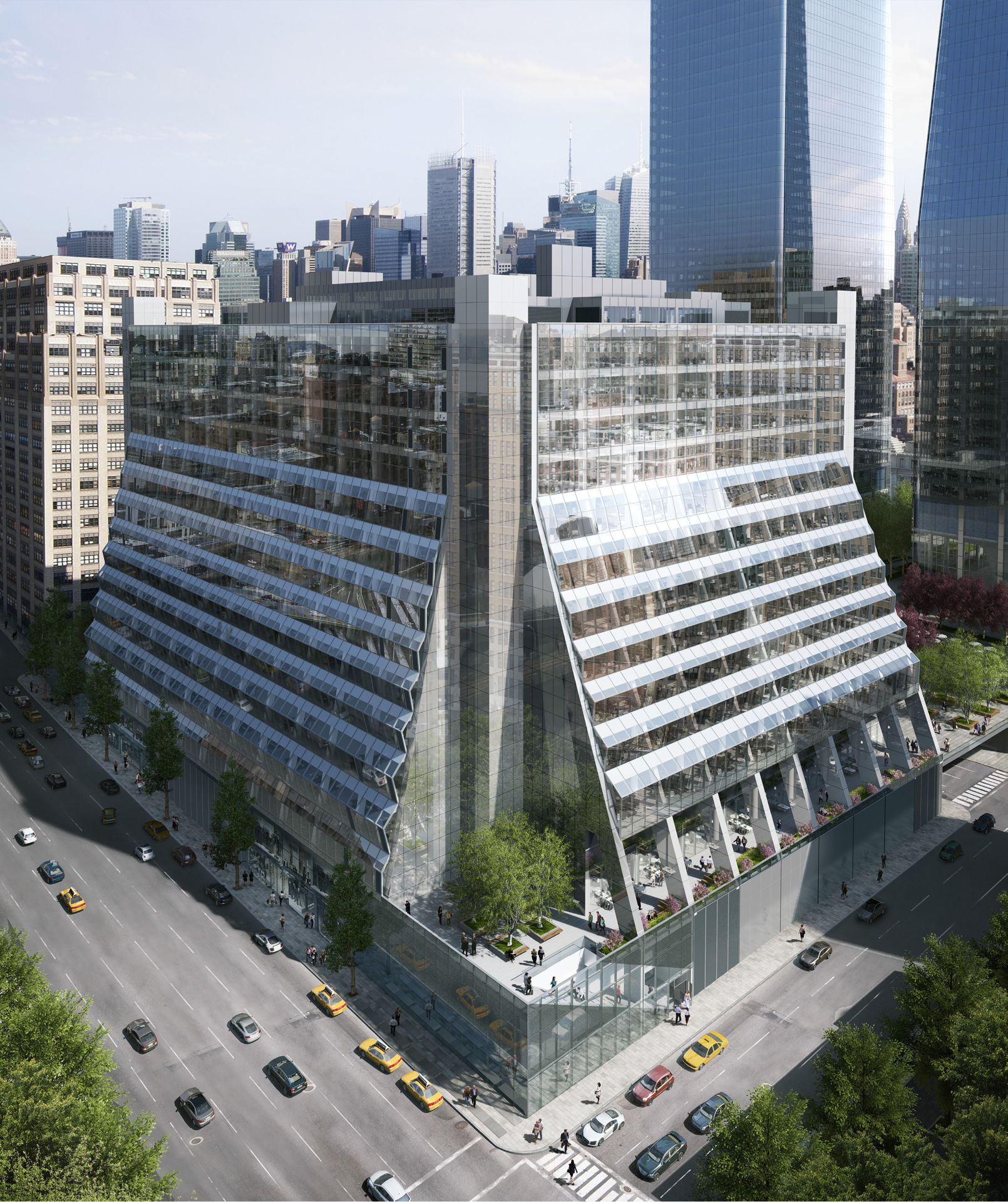 Brookfield Office Properties is no blushing bride, but the developer’s plans for the West Side do include something old and something new.

The company has started work on the platform that will span the Hudson Rail Yards at Ninth Avenue and support the brand-new, master-planned development of Manhattan West.

But on Monday it also unveiled a planned $200 million facelift for 450 West 33rd Street, to be redesigned 5 Manhattan West. Brookfield bought the former warehouse building, which sits between the Manhattan West site and Related’s Hudson Yards development, in 2011.

“We felt we saw an opportunity, an asset that was a bit of a diamond in the rough in an area that was just starting to really take hold in terms of new development,” Dennis Friedrich, CEO of Brookfield, told reporters at a press briefing Monday.

The building, once home of the New York Daily News and still the host to the expansive newsroom of the Associate Press, is just one of eight buildings in the city where tenants can find floorplates of over 100,000 s/f, by Brookfield’s count.

The renovation of the 1.8 million s/f building was designed by Joshua Prince-Ramus of REX and includes an innovative exterior recladding, as well as a bigger lobby and the more pedestrian elevator and HVAC upgrades.

The floor-to ceiling windows on each floor will slope out from the top and bottom, creating glass ridges that get small the higher up you look on the pyramid-like building.

“When you stand inside this building and look out, it is going to be a very exciting experience,” Prince-Ramus said.

Brookfiled will conduct the renovations with tenants in place, and the executives seem confident they have a plan to keep everyone happy and warm inside the building while removing the exterior walls. In addition to the AP, the building houses Coach, whose employees won’t get to enjoy the benefits of living through this renovation for long but will, as consolation, be moving into their new digs next door in the Related complex.

Currently there is about 350,000 s/f available in the building, with another approximately 300,000 s/f becoming available in 2017, according to Jerry Larkin, Brookfield’s SVP of leasing. A team led by Bruce Mosler and Josh Kuriloff of Cushman & Wakefield is handling office leasing at Manhattan West, including 450 West 33rd Street. Asking rent is in the $60s and $70s psf.

So far the building has seen interest from the traditional media and fashion tenants as well as information technology firms. The industry famed for its ping pong tables sees a lot of potential in the huge floor plates and 14-27 foot ceilings, according to Larkin, who said he’s heard prospective users talk about rock climbing walls, a skateboard half pipe and a running track.

The renovation of 250 West 33rd street will start in the spring and is scheduled to wrap up in the Summer of 2016. Construction of the platform that will support the new buildings of Manhattan West started last week and is expected to be finished later this year.