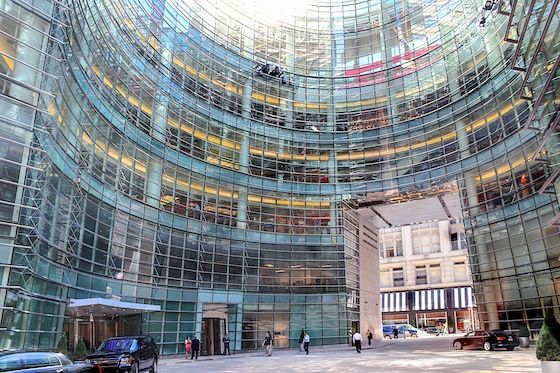 The company announced today (Thursday) that the former Hines executive has been named Senior Vice President, Design & Construction for the Northeast and Mid-Atlantic regions, a new position.

Flynn was previously vice president of design & construction for Hines in New York. He will be based in Rockefeller Group’s New York headquarters.

“The significant growth of our development business on the East Coast required us to bring on an exceptional senior leader for our regional Design & Construction teams – a person with the highest level of technical skill, deep experience with large-scale projects across asset classes, and a track record of success in multiple cities,” said Daniel J. Moore, Rockefeller Group President and CEO.

“Having known Tim for nearly 20 years, I’m certain that he is uniquely well-suited to this new role. We are thrilled to have him join Rockefeller Group.”

Flynn has been in the business for over 30 years, working on everything from luxury residential and trophy-class office buildings, to hospitality and other alternative assets. Most recently he served as the construction officer for 53W53rd, a 1,050 ft. luxury condo tower adjacent to the Museum of Modern Art in Midtown Manhattan.

Prior to his most recent previous position, from 2003 to 2007, Flynn was a Project Executive for Turner Construction, where he worked on some of the most notable new development projects in New York, including the Bloomberg LP headquarters (pictured top) and the New York Times headquarters . From 1999 to 2003, he was a Senior Construction Manager for Hines and he began his career with Turner in 1988.

Flynn, who holds bachelor’s degrees in civil engineering and physics from Clarkson University and SUNY Geneseo, respectively – will work with Rockefeller’s Meg Brod and Hilary Goldfarb covering the Northeast and Mid-Atlantic regions.

He will lead all design and construction aspects of Rockefeller Group’s planned projects and existing developments in the region, where the company has a project development pipeline totaling more than three million square feet and valued at more than $2 billion.

“I am very pleased to be joining a company with the iconic reputation of Rockefeller Group, which has an outstanding existing Design & Construction team in place, exciting and prominent projects underway, and significant plans for continued growth,” said Flynn.