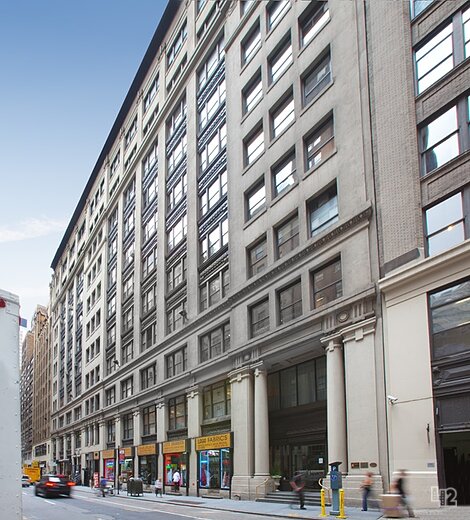 • Escape room company, Clue Chase, signed a 4,300 s/f five-year lease at 39 West 32nd Street. The escape room center will utilize the full fourth floor for its general offices and spaces for its service offerings in team building exercises including games and scenarios in which participants have a limited time to solve codes, puzzles and clues in to order to “escape from the room.” David Levy of Adams & Co., represented the landlord, Teresharan Realty and also the tenant in the transaction. Asking rent was $60 psf.

• Apparel firm Bilco Industries, Inc. signed a 2,640 s/f, seven-year lease at 231 West 39th Street. The company, which makes men and boys’ athletic clothing, will utilize part of the third floor for its offices and a showroom. James and Jeff Buslik of Adams & Co. represented the landlord, 231/249 West 39th Street Associates while Evan Lieberman of HSP represented the tenant. Asking rent was $49 psf.

• Three full-floor leases at 809 Broadway in Manhattan. New tenants include Inspired Capital, Tolis Advisors and an undisclosed venture capital fund. All tenants will be moving into the newly developed building in Q4 2019. Alan Wildes and Charlie Stephens, along with Ron Lo Russo and Anthony Cugini of the firm’s Agency Consulting Group represented the landlord, 809 Broadway, LLC in the transactions. Scott Brown of NKF represented Inspired Capital and Dan Organ with Brendan O’Leary of Cushman & Wakefield, represented Tolis Advisors.

EQ Office finalized an agreement with the Cities for Financial Empowerment (CFE) Fund to expand its total footprint at 44 Wall Street to 5,635 s/f and extend its lease at the boutique Downtown tower to 2030. The CFE Fund works with mayoral administrations to improve housing stability by embedding financial empowerment strategies into local government. Under the 10-year extension and expansion, CFE Fund will relocate within the tower to 5,635 s/f across a portion of the 10th floor in the first quarter of 2020, following a buildout of the space by EQ Office. EQ Office recently completed a repositioning program at the historic building and signed apparell company SMCP Brands and marketing technology company Contently. Other tenants include GameChanger, Joan Creative, and Giant Spoon EQ Office was represented in-house by Scott Silverstein, as well as by Zachary Price, Michael Rizzo, Jeffrey Fischer, and Caroline Merck of CBRE. CFE Fund was represented by Darell Handler of Handler Real Estate Organization.

Okada & Company announced a 10-year lease at 1727 Broadway for Riverside Music Studios. The office space is 1,650 s/f and is located on the second floor. The landlord of the property is Granite LLC. The landlord was represented by Greg Gang of Lee & Associates.

RIPCO Real Estate (RIPCO) announced that AR Workshop has opened its doors after signing a 2,025 s/f lease at Southfield Commons Shopping Center located at 295-335 Princeton-Hightstown in West Windsor Township. RIPCO’s Deborah Stone and Curtis Nassau represented ownership in the lease and also serve as the exclusive leasing agents for the property, which counts McCaffrey’s Food Markets and Wine and Spirits as its anchor tenant. AR Workshop has grown to over 100 franchise locations in a little over two years. The store offers a wide variety of hands-on wood-crafting activities and for-purchase home décor items the founders use in their styling jobs and photoshoots for magazines and celebrities.