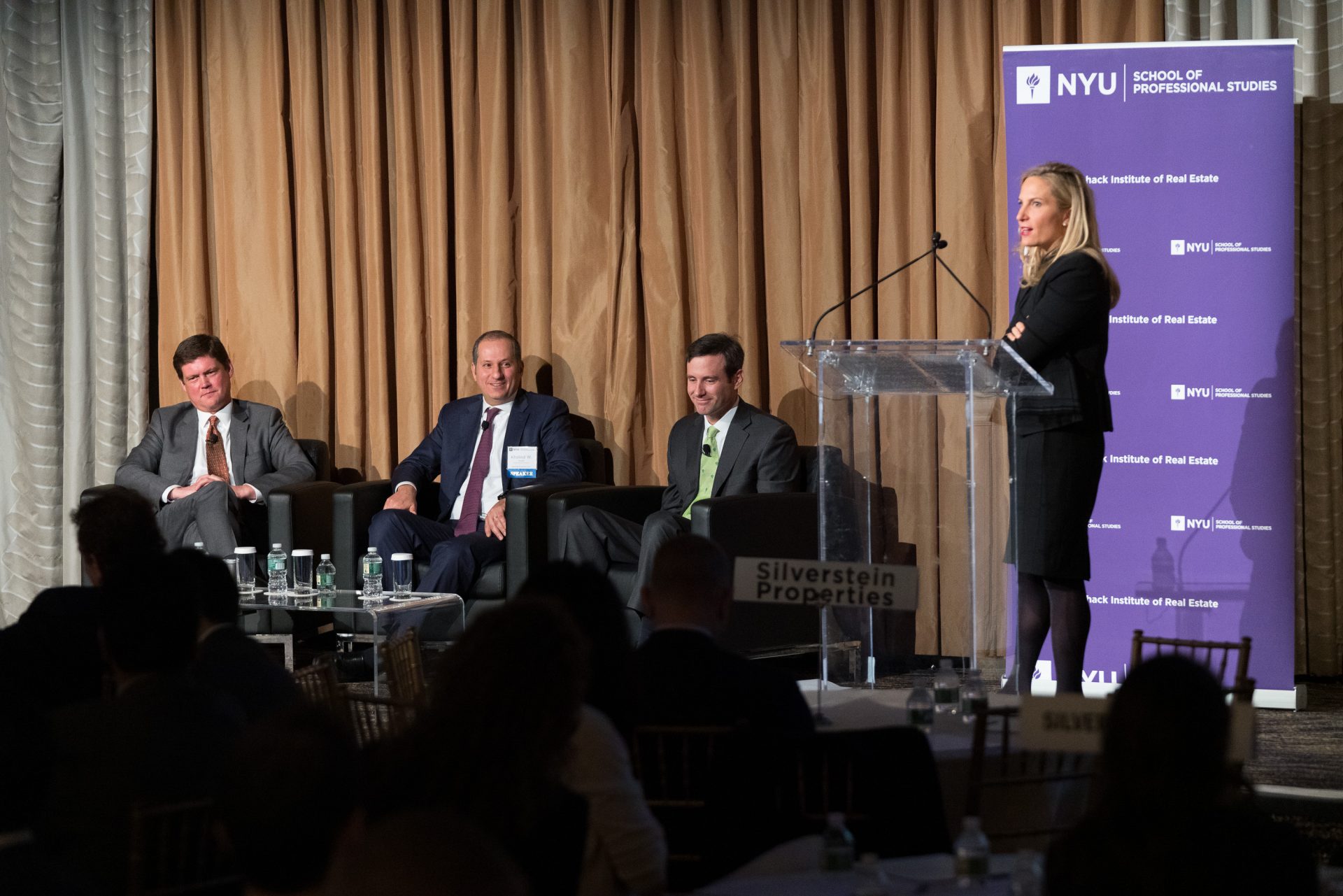 These are confounding times for the global investment industry.

Europe is mired in political gridlock with the U.K. and Germany dealing with internal tugs of war between nationalism and globalism. China is engaged a growing trade war with its biggest economic partner and civil unrest plagues the Middle East and Latin America.

Yet, despite these many uncertainties, the biggest economies in the world continue to grow and the rest of the globe may owe the United State a thank you.

Khaled Kudsi, a senior managing director for Northwood Investors, said despite its own political strife and identity crises, the U.S. economy is proving it still has the horsepower to keep the world moving forward, something that was up for debate a decade ago.

“In 2008, people argued that the U.S. had decoupled and a slowdown in the U.S. wouldn’t impact the world, Europe and Asia would steam ahead,” Kudsi said during the NYU Schack Institute’s Capital Markets Conference last week.

Kudsi was part of a three-man panel that discussed the driving forces of real estate equity.

The group took the temperature of the investment market, touching on the early signs of inflation, global economic risks and how to spot good deals in saturated market.

A strong GDP and record-high ratings on the consumer confidence index coupled with a steadily low unemployment rate bode well for the U.S. at large. Yet, while the economy appears to be humming, rising costs for labor, materials and attaining capital all loom large over the market.

To combat that, Rahm’s firm has been selective about its investments and sought out value-add opportunities rather than chasing profits on financial deals alone.

“We’re much more focused on areas where we can drive value through our operational expertise or where we think there are real specific, secular tailwinds because I think anyone who’s in real estate today has to be thinking that costs to operate, cost to finance are only going to accelerate from here,” he said. “That’s going to have meaningful impact on the return on investments.”

On the political front, Jacobson hopes to see a renewed sense of compromise between Capitol Hill and the White House now that Democrats control the House of Representatives. In particular, he’d like to see the long-promised infrastructure spending package come to fruition.

Meanwhile, he said, it’s also important to keep an eye on geopolitics, especially in the world’s No. 2 economy, China, with which the U.S. is engaged in a bitter and steadily expanding trade war.

“They have a leader in place and a government that are unified and all moving very much in lock step, so if they want to make plans for the next five years, they can very much do that,” he said. “So for us to watch what those plans are and try to discern them, I think is important for all of us.”