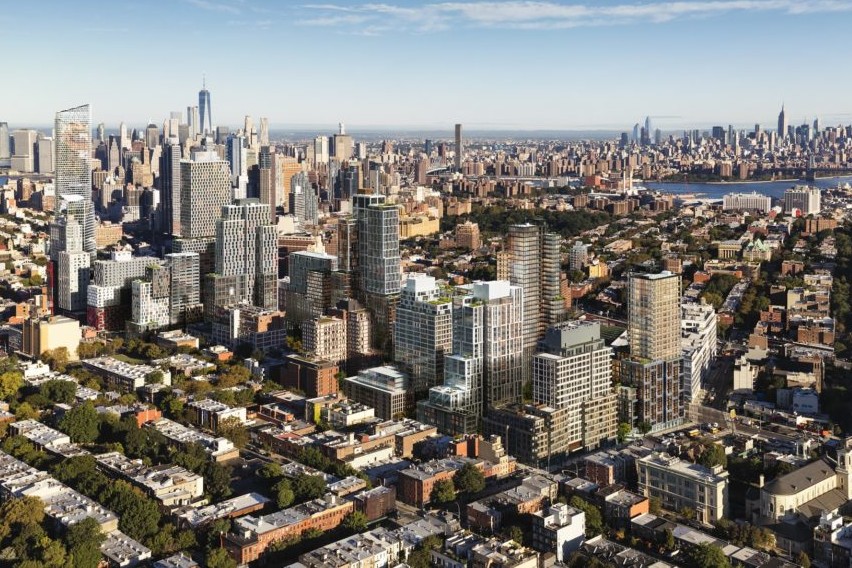 TF Cornerstone and Brodsky Organization have purchased three development sites – known as B12, B13 and B15 – where they will build residential towers, a school and public park space. Financial details were not disclosed.

The announcements follow the completion of Greenland USA and Forest City Realty Trust’s restructuring of their partnership which increased Greenland USA’s ownership interest of Pacific Park from 70 percent to 95 percent going forward.

“We’re thrilled to partner with TF Cornerstone and the Brodsky Organization, two developers that have deep roots in New York City and are uniquely qualified to work with us in moving Pacific Park forward.”

Greenland announced it has tapped Perkins Eastman to lead design of a fifth building on site B4, located at Atlantic Avenue and 6th Avenue. Construction expected to begin spring 2019 on an over-500 feet tower that will be Pacific Park’s tallest building .

TF Cornerstone is a local, family-owned company that has four decades of experience developing real estate in New York City.

“Pacific Park is a natural fit for our company as the complex, large scale, public-private nature of this master plan is something we have executed successfully before,” said Jeremy Shell, principal at TF Cornerstone. “We are thrilled to be collaborating with The Brodsky Organization, long-time friends, Greenland, who we have come to know and respect very much over the past year and, of course, Empire State Development, who we know and have had great success with in Long Island City.”

“After 70 years of owning and developing real estate in Manhattan’s emerging and most desirable neighborhoods, in 2015 we ventured into Downtown Brooklyn with the development of City Tower at City Point. We have become big fans of Brooklyn and share the enthusiasm of our friends at TF Cornerstone and Greenland as we come together on this exciting new venture at Pacific Park. We look forward to strengthening our relationship with our partners, and to having an increased presence in Brooklyn’s vibrant communities,” said Dean Amro, principal at The Brodsky Organization.

In total, Pacific Park will deliver 6,430 units of housing, including 2,250 units of affordable housing, as well as office space,  retail, community facilities and eight acres of publicly accessible open space.

Pacific Park also includes major infrastructure improvements including a new storage and maintenance facility the LIRR, new rail access to and from the Atlantic Terminal station, and significant improvements to the infrastructure network in the surrounding area.