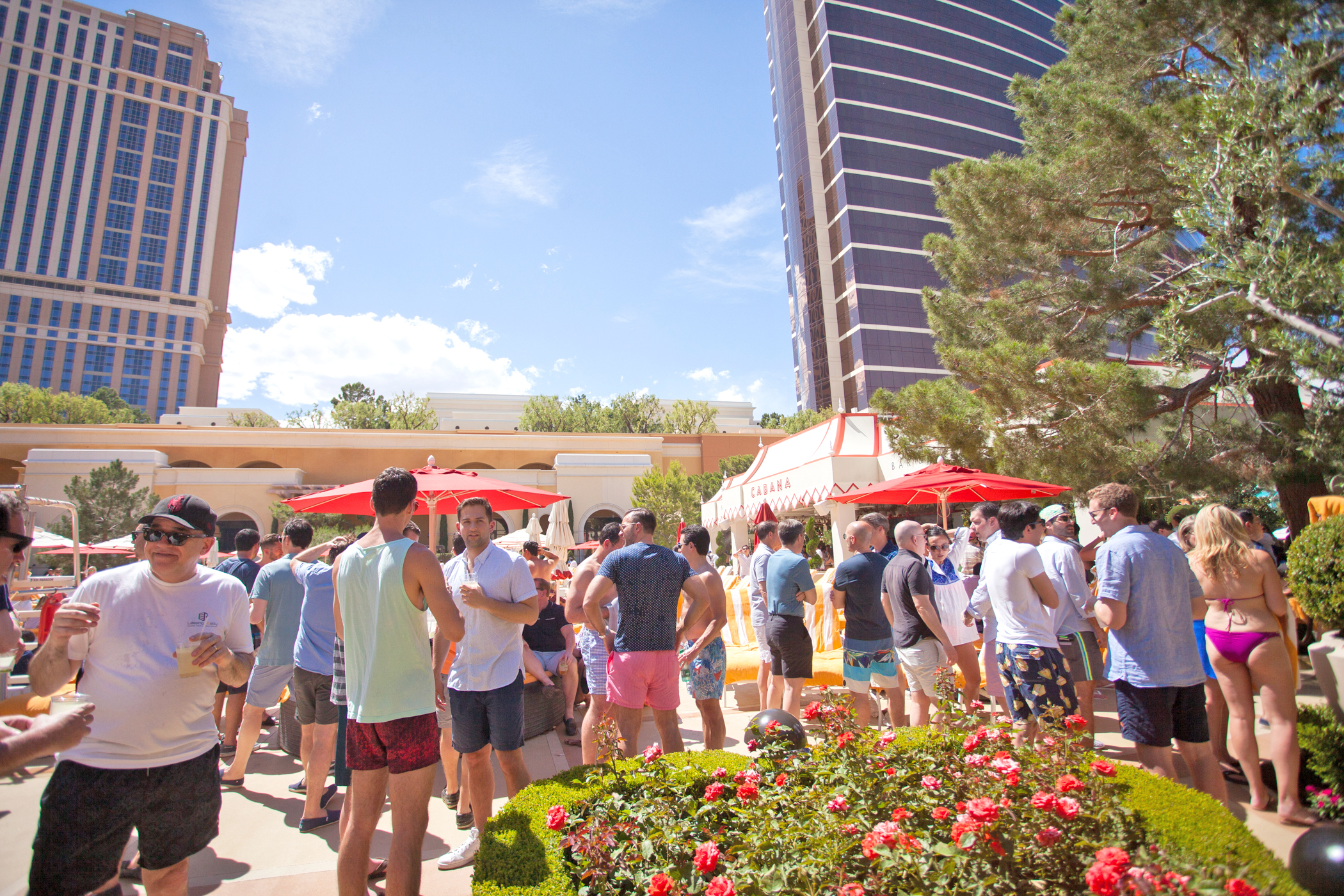 New Yorkers get ready to dive right in to Vegas

Scores of New York real estate professional will head south this weekend for ICSC’s annual RECon event in Las Vegas, ready to eat, drink and be merry with deal-making.

Between networking with global counterparts, watching presentations by former pro football players, ogling the latest industry tech and indulging their vices, some brokers hope to glean a better understanding of what lies ahead in the world of retail.

“This convention always provides a really good gauge of where the market is and the sentiment of where both tenants and landlords are because you get to interact with so many people in such a short amount of time,” Mike O’Neill, executive managing director of Cushman & Wakefield’s retail services, said. “You walk away with a really good finger on the pulse of the market.”

Known as the Super Bowl of the retail industry, this year’s RECon will feature 37,000 attendees and 1,200 exhibitors, with presentations from FUBU founder and Shark Tank star Daymond John, former New York Giant Michael Strahan and NFL Hall of Famer Emmitt Smith, chairman of E Smith Advisors and part of the show’s diversity panel.

Designed to be a convergence point for landlords, tenants and brokers, the four-day event at the Las Vegas Convention Center has evolved into a forward-looking consortium on the future of the industry, prominently featuring emerging technology.

“We will be showcasing about two dozen up and coming technology companies at our Innovation Exchange,” ICSC spokeswoman Stephanie Cegielski said. “The participants will display their technology as well as take part in a series of fireside chats to discuss how their product is helping change the industry.”

The conference has even brought online “e-tailers” into the fold, inviting them to participate share their needs and wants as they move into the world of physical retail.

“ICSC has been making a better effort to bridge the gap between online and offline retail through technology,” Cohen said. “I look forward to checking out the tech floor and seeing the latest advancements out today and what’s coming next.”

Many New Yorkers, particularly those who practice Orthodox Judaism, will have to sit out this year’s convention because it falls on the Jewish holiday Shavuot, which lasts from sundown May 19 until sundown May 21. In some cases, whole firms, such as Meridian Capital Group, are sitting the event out for religious reasons.

Cegielski said the conference took a survey last fall to determine how many people would not be able to attend this year because of Shavuot and found that only a small percentage of members would be impacted by the holiday.

“In an effort to accommodate those people, ICSC worked with United Airlines to secure a late night flight on Monday from Chicago to Las Vegas for any attendees observing the holiday and we have arranged for special services at the Wynn beginning on Friday,” Cegielski said.

“There have not been significant changes in registration numbers because of the holiday,” she added. “We expect attendance comparable to last year’s event.”

For the New Yorkers who will be in attendance, the week in the desert is essentially one long networking session. Whether it’s a lunch, dinner, cocktail hour or after party, every event is an opportunity to do business.

Although few deals actually close at the conference, O’Neill, a 15-year veteran of the conference, said plenty of important work can be done, assuming one budgets their time correctly.

“You can make the argument that it’s the two or three single most important days of the year in our industry in terms of the amount of productivity that can be generated in a 48 to 72 hour time period,” he said. “If you get out ahead of it and schedule in a material way, building your calendar between 60 and 90 days out, you can get a lot done.”

For most, the key is making progress on deals that are already in the works.

“I’m always optimistic going into these things that something good will come out of it,” said Richard Hodos, vice chairman at CBRE. “It used to be that people got a lot more done at these things where they’d be able to start or finish a deal, but lately it’s become more of a meet-and-greet sort of thing.”
Hodos, who has more than 30 RECons under his belt, said he is happy to see the makeup of the crowd change in recent years.

“It’s becoming a more diverse industry with more women and more minorities,” Hodos said. “The old ‘smoke a cigar and smack a guy on the back’ days are over.”

“For me, it’s just meeting people and telling them about my change and what’s to come,” Rosen said. “For this specific one, it’s going to be more of a meet-and-greet where we can brainstorm ideas so we can come home and make it happen.”

Real estate attorney Jeffrey Margolis, a RECon regular, will not attend this year’s event because of a scheduling conflict. He said he’ll miss the opportunity to learn from industry leaders, be inspired by new trends and “press the flesh.”

By that he means “meet up with some clients and colleagues, some folks I only know from phone conversations,” Margolis said. “Networking — see who’s coming to/expanding in the metro NYC area and might be a prospective client looking for a savvy local leasing attorney.”