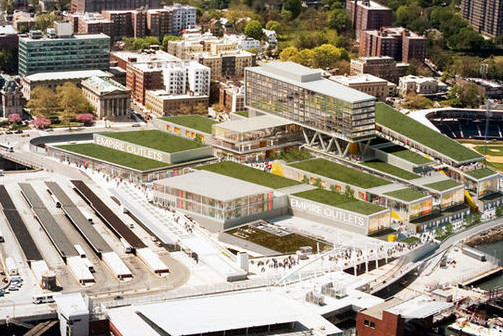 The 4,040 s/f Brooks Brothers outlet, scheduled to open in Fall 2018, will be the company’s first Staten Island location, situated alongside 100 other retailers and dozens of food and beverage options.

Steps from the Staten Island Ferry, Empire Outlets is expected to draw millions of New York City residents and tourists each year.

“Brooks Brothers is engrained in the very fabric of American retail and style,” said Joseph Ferrara, principal of BFC Partners, developer of Empire Outlets. “Bringing on a historic and peerless brand like Brooks Brothers is just another step toward making Empire Outlets one of New York City’s top shopping and dining destinations.”

James Prendamano, Vice President and CEO of Casandra Properties, negotiated the Brooks Brothers lease and called the store “a legendary addition to the growing Empire.”

BFC Partners said the vast majority of Empire Outlets’ retail and restaurant spaces are already leased and the developer is actively in discussions with several prominent tenants for the balance of the lifestyle center.