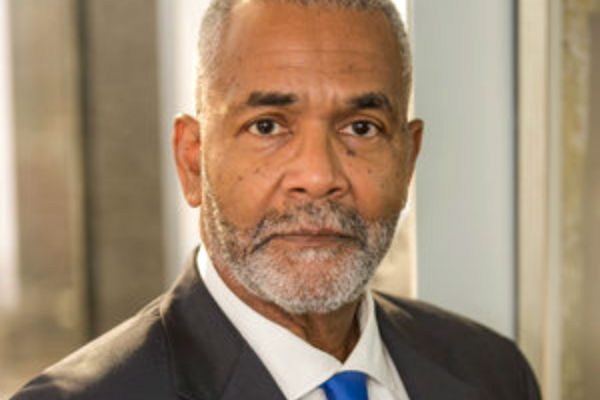 The Upper Manhattan Empowerment Zone today announced that the organization’s longtime President and Chief Executive Officer, Kenneth J. Knuckles, will step down in June after 15 years of service to begin his retirement.  Knuckles has had a significant impact on the organization, which works to sustain the economic revitalization of all communities throughout Harlem, and on the greater Harlem community.  UMEZ has provided $87 million in loans for real estate projects, $57 million in tax-exempt bonds for real estate development and $98 million in grants focused on arts, culture and workforce development.  The organization’s Board of Directors is currently conducting a national search for candidates to fill the position with the aim of selecting a new President and CEO before the end of the Spring.

“For over a decade, Ken Knuckles has led the Upper Manhattan Empowerment Zone, pioneering bold initiatives to create opportunity for the entire Harlem community, and as a member of the New York City Regional Economic Development Council,” said New York State Governor Andrew Cuomo.  “He has been a critical partner in our efforts to drive economic growth and development. On behalf of all New Yorkers, I thank Ken for his leadership and vision, and wish him the best in his next endeavors.”

“Ken has been such an extraordinary  leader over the past 15 years – the impact of his leadership with UMEZ can be clearly seen by simply taking a look at Harlem’s economic expansion over the past decade,” said Joseph J. Johnson III, UMEZ Board Chairman and Senior Vice President, Goldman Sachs & Co.  “Ken has been faithful to the mission and charge of UMEZ in not only helping revitalize the communities of Upper Manhattan by growing small businesses, but he has also helped to strengthen vital and longstanding cultural institutions with funding and technical support that allow these organizations to continue enriching the community and New York City as a whole.”

UMEZ was designated as an urban empowerment zone under federal legislation authored by Congressman Charles B. Rangel and signed into law by President Clinton in 1994. The borders of the empowerment zone were created to assist the residents that had the highest concentration of poverty as indicated by the 1990 Census

“It has been an honor to serve as Upper Manhattan Empowerment Zone’s President and CEO for 15 remarkable years, helping grow the number of jobs and enhancing cultural and economic developments in these communities has been an astounding experience,” said Knuckles. “With the support of the board and my colleagues, UMEZ has played a large role in the revitalization of Upper Manhattan and will continue to do so.”

“The success of the Upper Manhattan Empowerment Zone would not have been possible without the leadership of Ken,” said Charles Rangel, former congressman for New York’s 18th congressional district. “When we passed the Empowerment Zone legislation with President Bill Clinton in 1994, we intended to bring investment, access to capital and job creation for local residence in Upper Manhattan.  Now 24 years later, we’ve seen billions of dollars in investments throughout this community from East Harlem to Inwood, 10,000 jobs created, cultural institutions that are now stronger than they’ve ever been, and small businesses that have opened and flourished, all with capital from UMEZ.  I owe Ken Knuckles a debt of gratitude for his leadership in transforming my legislation into action that has transformed my community for the better.”

During his tenure, Knuckles implemented strategies to promote economic development throughout the communities of Upper Manhattan.  He worked with the UMEZ board to provide a $15 million loan to East River Plaza—the first of its kind big box retail complex in East Harlem—resulting in the creation of over 1,000 jobs; a $5 million loan for the retail renovation of the George Washington Bridge Bus Terminal; and expanded retail investment with more that $12 million in small business lending.  He helped to catalyze the growth of the tourism industry with more than $45 million in grants from the UMEZ Cultural Industry Fund going to arts organizations like The Apollo Theatre, Studio Museum in Harlem, El Museo del Barrio, Harlem Stage, Northern Manhattan Arts Alliance, Harlem Stage, and the Dance Theatre of Harlem.

“We at the Apollo are grateful for Ken’s visionary leadership of UMEZ and its continued investment in the vitality of the Harlem community,” said Apollo Theater Foundation President and CEO, Jonelle Procope. “Through the unyielding support from Ken and UMEZ, the Apollo Theater has strengthened its position as a creative and dynamic nexus of culture, race, and society and expanded upon our legacy as a premier performing arts commissioner and presenter.  All of us at the Apollo thank Ken for his generosity and wish him well in his next adventure.”

Lloyd Williams, President and CEO of the Greater Harlem Chamber of Commerce, notes, “Through Mr. Knuckles’ unique ability to collectively work with the public sector, elected officials, private sector and community based organizations, UMEZ has helped to create the road map that is a major part of Upper Manhattan’s continued growth and development over the past two plus decades.  The Greater Harlem Chamber of Commerce has been extraordinarily pleased to partner with UMEZ on the building of the highly successful Strivers Gardens mixed use residential complex, the annual HARLEM WEEK festival and on numerous business, tourism and cultural initiatives.  We can never stop thanking him for his leadership in Upper Manhattan in particular, and throughout New York City in general.”