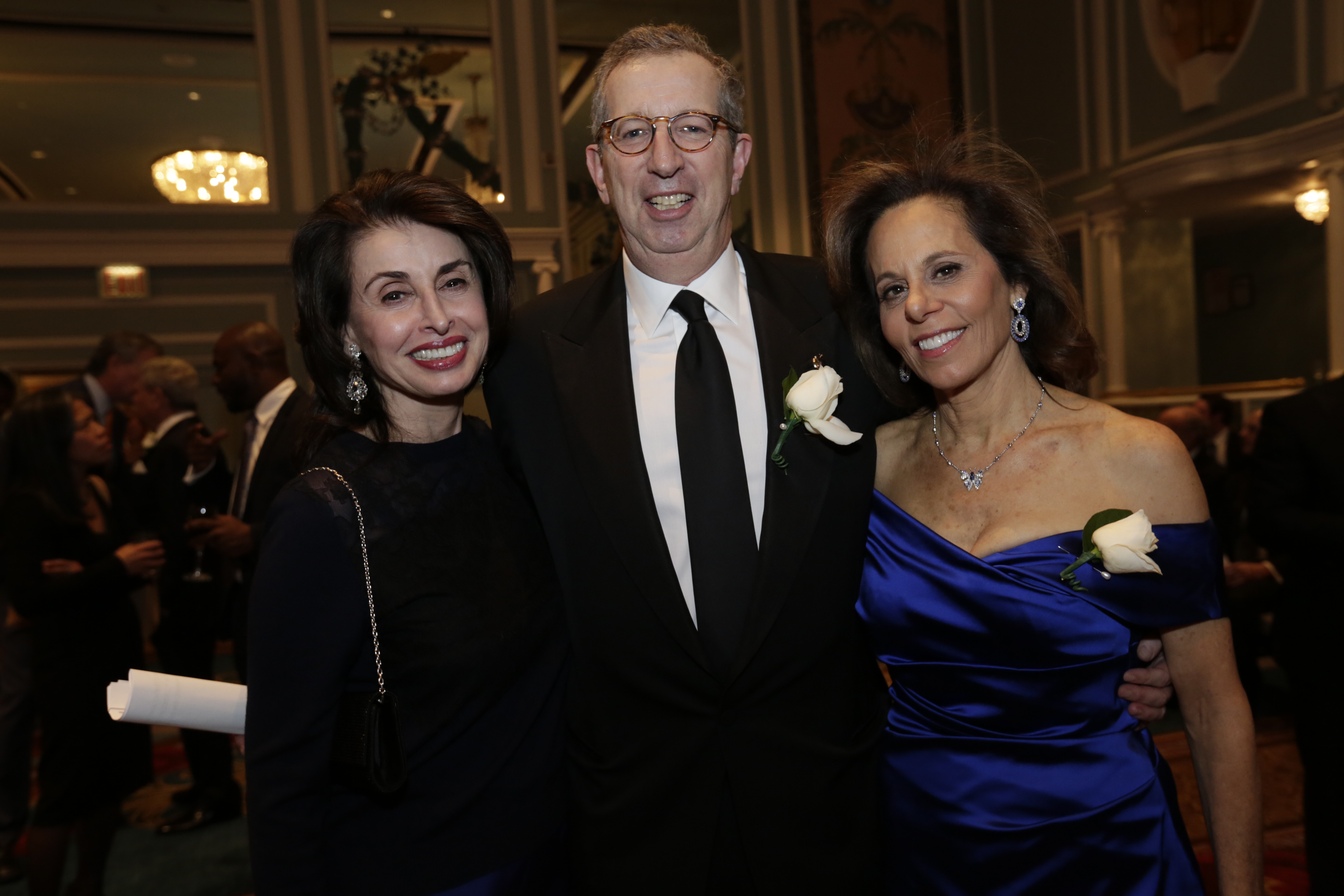 Two women were honored during REBNY’s Annual Banquet last week. They accepted their awards on a stage occupied by fellow board members and guests of various races and ethnicities.

The crowd of onlookers, however, was overwhelmingly white and predominantly male.

Real estate is not the only industry that skews to this demographic, particularly in its executive suites, and though it has not faced the scrutiny applied to politics or entertainment, it was a focal point during REBNY’s first major event of 2018.

“Increasing diversity is a priority for the real estate industry and we are expanding our efforts on multiple fronts,” Bill Rudin, the trade association’s newly-installed chairman, said.

Rudin, who serves as CEO of Rudin Management, began his three-year term at the helm of REBNY on January 1. Along with expanding affordable housing, adapting to the new federal tax code and pushing for job creation, he said increasing diversity will be a top priority during his tenure.

His strategy for increasing the number of women and minorities in the industry centers on outreach and job placement, primarily through training and internship programs such as Building Skills NY and Ladders for Leaders.

“Our focus is to create opportunities and awareness, training programs and mentoring programs,” Rudin said. “It’s a responsibility of

our members to be proactive in promoting these changes.”

REBNY will also make a concerted effort to recruit more women and minorities to its board of governors. One recent example is Amy Rose, who became the first-ever chief executive officer of Rose Associates in December.

Rose said she hopes to be an example to other women in the industry and she expressed support for Rudin’s direction on the issue of diversity.

“Bill Rudin is an extraordinary leader for REBNY to have and a huge advocate for women,” she said. “He’s somebody I’ve known for 20-plus years, it’s part of his mandate and mission and you will see him succeed in that.”

Cushman & Wakefield executive vice president Joanne Podell was one of the two female award recipients on Thursday night. She was given the Louis Smadbeck Memorial Broker Recognition Award for her integrity, leadership and prominence in the industry.

More than two decades into her career, Podell said the task of empowering women in real estate is still a work in progress.

“It is really a holistic approach,” she said. “It’s being done by Cushman & Wakefield, I know it’s being done by other companies, we’re really working hard on it and it’s a passion of mine. Within Cushman, we have a young

women’s group and we help to support them, mentor them and encourage them because it’s a hard business.”

Elizabeth Stribling, chairman of Stribling & Associates and President of Stribling Marketing Associates, was also recognized during the event. She was given the Bernard H. Mendik Lifetime Leadership in Real Estate Award for her accomplishments in the field.

REBNY President John Banks confirmed that improving diversity would be a “priority for 2018.”

Banks, who became the 122-year-old organization’s first black president in 2014, said the topic requires further exploration to identify specific obstacles that are keeping women and minorities from getting involved in real estate.

“One of the things we have to look at is what are the barriers to entry and do some research and analysis,” he said. “Once we do that analysis, we’ll be able to better target programs and ideas on how to combat the problem.”

Bruce Mosler, head of Cushman & Wakefield’s global brokerage, said the key to getting more women into real estate is education.

Specifically, Mosler thinks more young women would be drawn to the industry if they knew about success stories such as those of Mary Ann Tighe, CBRE’s tristate CEO, MaryAnne Gilmartin, the former president of Forest City New York and one of the founders of the newly-launched L&L MAG development firm, power brokers Darcy and Tara Stacom, and his wife, Wendy Mosler, executive vice president of Global Holdings Management Group.

“Corporates have to make a concerted effort to not only open the doors, but to drive women into this business because it is a phenomenal business,” he said. “As someone who has a daughter going through college, I’d love her to be a part of the real estate industry — it’s a phenomenal industry and a noble industry.”

Faith Hope Consolo, who heads her own retail team at Douglas Elliman, said the industry has evolved a lot since she entered it in 1985. Although she felt she was always able to earn the respect of her male peers, Consolo said more companies would be wise to hire female executives, or at least give women a seat at the table.

She added that she feels New York’s real estate industry is in a position to lead by example when it comes to empowering women.

“New York is the home of not only welcoming women, but also diversity because we have a lot of industries; it’s not like California with the entertainment industry,” Consolo said. “I see what’s happened with the news, but I think the strong women will prevail and you’ll see more on top than ever.”