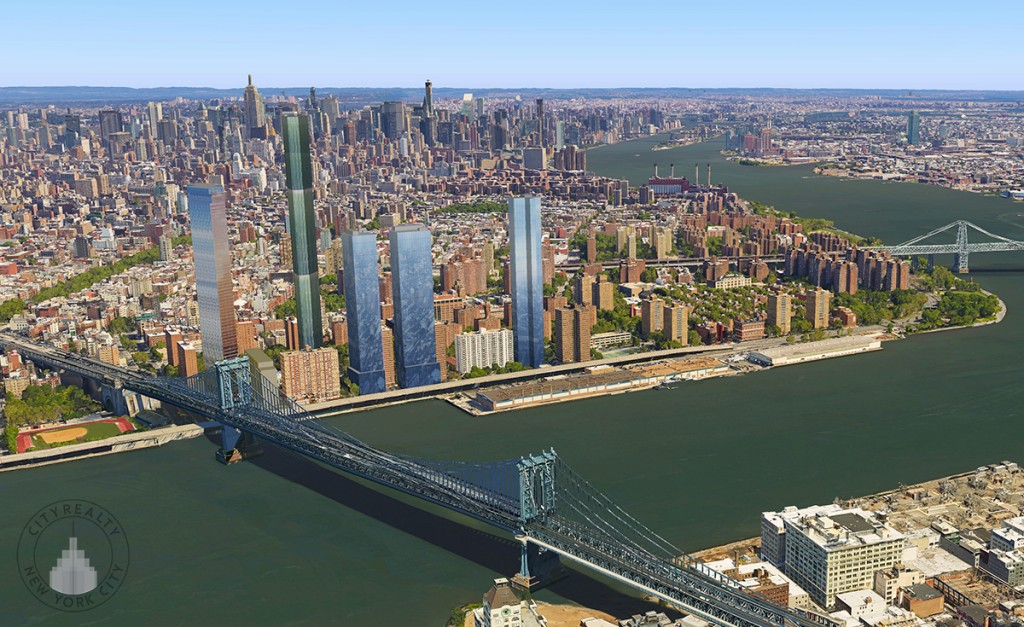 The president of the city’s biggest real estate lobby has criticized politicians and NIMBYism, saying the efforts to stall development are keeping much-needed housing from being developed.

In a column for Real Estate Weekly this week, REBNY president John Banks said opposition to development in neighborhoods like the Lower East Side, Midtown East, and Sunnyside i only exacerbating the city’s housing crisis.

In the Two Bridges area of the Lower East Side, three proposed developments have been met with pushback from community groups.

Manhattan borough president Gale Brewer and City Councilmember Margaret Chin have both called for the developments to go through the City’s uniform land use review process (ULURP), a lengthy review that often ends with the projects agreeing to compromises with the local community board, in an effort to stall the projects going forward.

The City Council would then vote on the projects at the end of the ULURP process, with the Council typically deferring to the local Council member — Chin, in this case — on such matters.

ULURP requires a full public review from the Community Board, Borough President, and a vote in the City Council (not mandatory for as-of-right developments). Chin and Brewer had attempted to ask the Department of City Planning for a ULURP on the projects last summer but were denied

This summer, Brewer and Chin came out against the projects in a press conference with community leaders. “These monstrous mega-towers are not a done deal,” said Chin at the press conference. “Should the City Planning Commission rule against this community by green-lighting these proposed towers without any real public input, I will use every tool at my disposal to challenge that decision, even legal action against the Administration.”

Banks argued in his column that with an apartment vacancy rate in NYC lower than the national average at 3.8 percent, demand is far outpacing supply, leading to increasing rent prices and worsening the housing crisis.

“The simple fact is that we need more housing — affordable and market rate,” said Banks. “There is no way around that reality. The politics of day based on our recent experience will ensure that our housing crisis continues unabated.”

In a statement to Real Estate Weekly, Brewer responded to Banks’ criticism of her opposition to the Two Bridges developments.

“I have a great deal of respect for John Banks and we work well together. However, his job is to promote the interests of developers, and my job is to represent everyday New Yorkers and ensure new development is smart and appropriate. In the case of Two Bridges, we’re not merely opposing development for its own sake, we’re standing up for the ground rules. The special permit area these proposed developments fall into has a comprehensive plan, and these proposed developments don’t match that plan at all,” said Brewer in a statement.