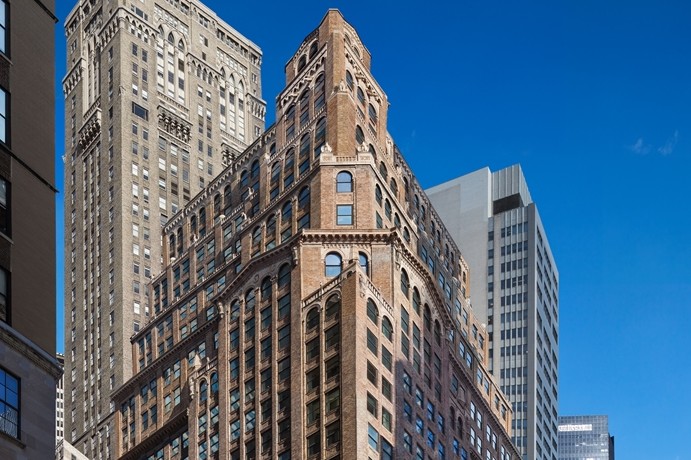 Finastra is the third largest Fintech (financial technology) firm in the world. It has over 9,000 customers across 130 countries, including 48 of the top 50 banks globally.  The expanded office space will bring all New York-based employees under one roof.

The landlord was represented by Alexander Chudnoff, Mitchell Konsker, Dan Turkewitz and Diana Biasotti of JLL, as well as RFR’s Senior Vice President and Director of Leasing AJ Camhi. Jon Sarkisian, Neil King and Emily Jones of CBRE represented the tenant in the lease transaction.

“We are delighted that this exciting global financial technology firm, Finastra, has chosen to expand its presence within 285 Madison,” said Camhi. “The leasing velocity we’ve seen here since we completely reimagined this well-located office tower speaks volumes about tenants’ desire to match a sought-after location with an array of exceptional on-site amenities.”

In addition to the flurry of new office leasing at the building, recent retail deals at 285 Madison Avenue will bolster the building’s transformation, adding additional amenities for tenants and the surrounding neighborhood.

The Benjamin Group—the restaurant operator behind the Benjamin Steakhouse and Sea Fire Grill concepts—signed a 16-year lease for 9,020 s/f for a Benjamin Steakhouse. Popular Community Bank, part of the international financial services group Banco Popular, signed a lease for the 3,553 s/f corner space. London-based coffee purveyor Taylor Street Baristas occupies 1,040 s/f of space adjacent to the restaurant, as well as a portion of the mezzanine.

The building was acquired by RFR vacant in 2012 and has been transformed through a $65 million  renovation and design upgrade. This includes a landscaped roof terrace with lounge seating and an adjacent indoor multipurpose collaboration space with tables and selected art. The building lobby also has a rotating contemporary art program, currently featuring works by Peter Dayton, Enoc Perez, and Mike Bidlo.

Other tenant amenities include a private lounge, event space, fitness center complete with showers and men’s and ladies’ locker rooms, and a bike storage area.