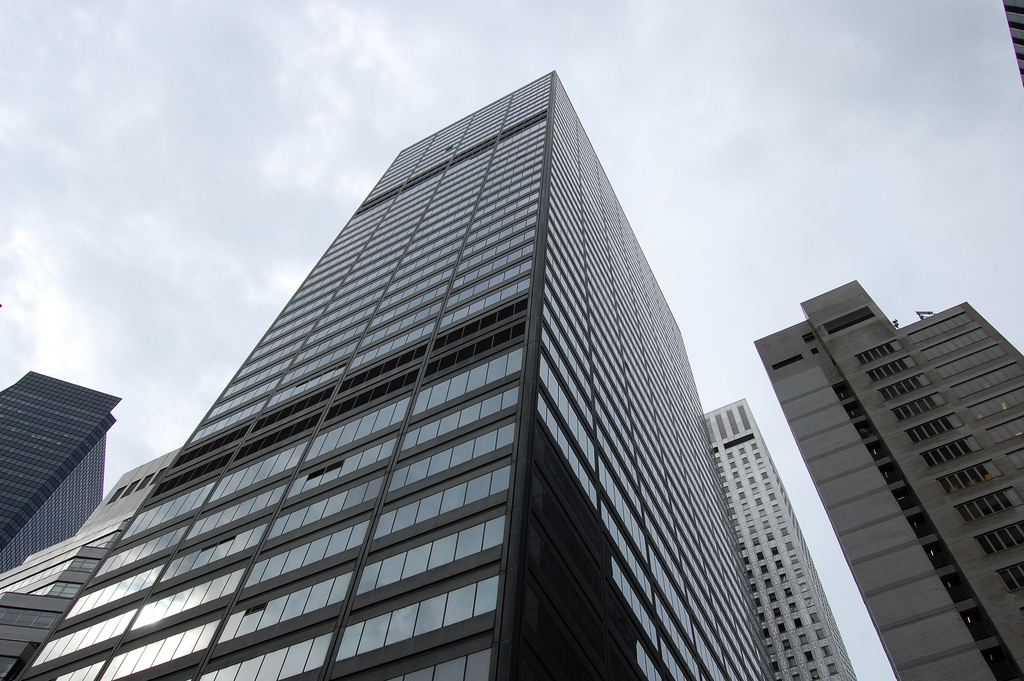 Massachusetts Mutual Life Insurance Company (Mass Mutual) has signed a long-term lease for a portion of the 9th floor comprising 9,200 S/F of space at Charles S. Cohen’s 622 Third Avenue at 41st Street. Mass Mutual expects to relocate from 292 Madison Avenue in the fourth quarter of this year.

622 Third Avenue is now over 90 percent leased. A variety of spaces ranging from 4,000 to 32,000 s/f full floors are presently available in the building. Marc Horowitz, Senior Vice President and National Director of Office Leasing for Cohen Brothers Realty Corporation, along with a Colliers International leasing team of David Glassman and Joseph Cabrera represented the building’s ownership in the seven-year leasing transaction, while Stuart Romanoff and Amy Fox of Cushman & Wakefield represented the tenant. Asking rent was $58 psf.

Asking rents were in the low-to-mid-$70’s per square foot for each transaction. The latest tenants at 19W24 are:

• TransferWise, a financial service platform from the people who created Skype and PayPal, allows users to transfer money abroad with real exchange rates, sans hidden foreign exchange fees. The co-founders came up with the concept in 2007, when they began trading money with each other to avoid bank fees. The company signed a five-year, 5,418 s/f lease on the ninth floor at 19W24. Michael Thomas of Colliers International represented tenant.

• Pursuit Advisory LP is an investment bank that provides transaction and strategic advice to media, technology, digital and private equity clients. The company has established a differentiated model that combines advisory and investing capabilities to target opportunities for their clients. Pursuit Advisory signed a five-year, 5,418-square-foot deal for the eighth floor at 19W24. Arash Sadighi of The Square Foot represented tenant.

• Orangetheory Fitness signed a 10-year lease with two 5-year options for 3,400s/f in Bethpage Plaza at 4025-4045 Hempstead Turnpike in Bethpage, NY. Jeanine Kemm of Royal Properties, Inc. represented the landlord in this transaction.

With the signing of the five leases, approximately 35 percent of the Boyce Thompson Center is leased. Late last year, Fortina, an Italian restaurant, signed a lease for 5,587 s/f on the main level of the building. St. John’s Riverside Hospital is leasing the entire two-level 15,000 s/f freestanding building at the center for medical offices.

Adams & Co. Real Estate completed a 9,223 s/f transaction for Sensual Inc. at 463 Seventh Avenue. The company is relocating its headquarters to the 11th floor space of the 22-story building in the Penn Station submarket. David Levy, principal, represented the landlord, The Arsenal Company LLC.

Dan Lolai of LSL Advisors represented the tenant. Asking rent was $44 per square foot. According to the terms of the deal, Sensual Inc. will begin a direct, seven-year lease from the landlord in 2020. Until then, Sensual Inc. will be subleasing the space from OSP Group. Sensual Inc. specializes in trend-driven lingerie for women.

Led by CEO Tawan Davis, Steinbridge now occupies offices on the concierge-managed 29th floor at 4 World Trade Center, which includes 44,000 s/f of space, with conference rooms, business lounges, skype rooms, a break room and more. Other major tenants in the building include the City of New York, Morningstar, MediaMath, and the Port Authority of New York & New Jersey.

Having already closed on $200 million in U.S. real estate acquisitions so far this year, Steinbridge is currently focused on acquiring income-generating assets in the Washington, DC, Boston, and New York City markets. They are finalizing the acquisition of an additional $500 million in assets, with another $1 billion worth of acquisitions in the pipeline.

• 2,576 s/f was leased to C Land Realty at the Southpole office building located at 222 Bridge Plaza South in Fort Lee, NJ. Randy Horning and Darren Lizzack represented both the tenant, a real estate company, and the landlord, South Pole Fort Lee, LLC, in the transaction.