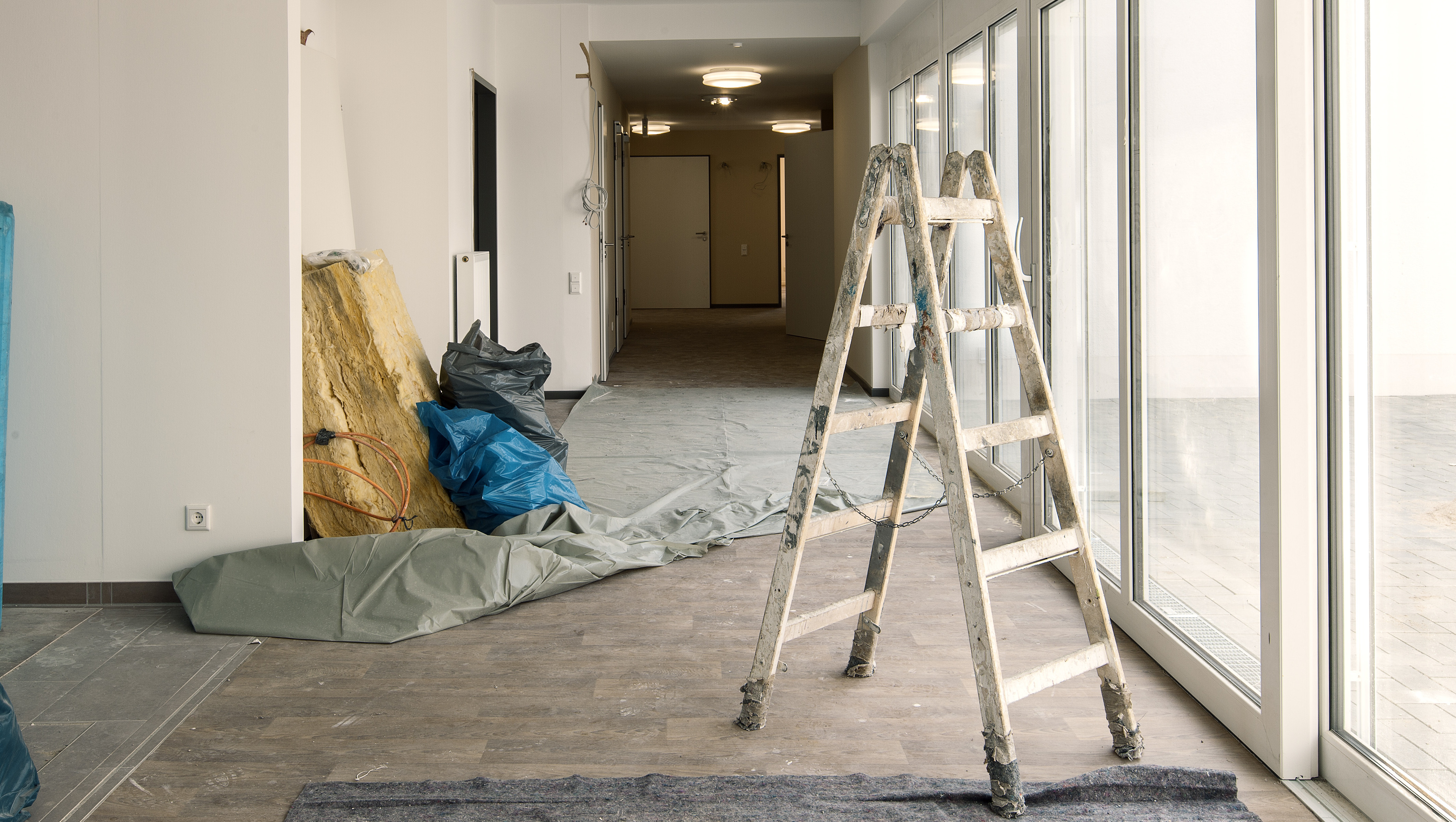 Most commercial leases contain provisions providing that the tenant is required to keep the subject premises in good condition and repair and, upon expiration of the lease term, to surrender the premises back to the landlord in good condition (with ordinary wear and tear excepted).

In addition, many leases contain provisions requiring the tenant, upon the expiration of the lease, to remove certain alterations and improvements that the tenant made to the premises during the lease term, and to “restore” the premises back to the condition that existed prior to the making of such improvements.

Tenants frequently do not adequately plan for having to comply with these “lease-end” obligations, many times believing that their landlord will not stick to the letter of the lease and require compliance.

Among other things, tenants know that many commercial landlords intend, after the tenant vacates, to fully demolish the premises so it can be marketed as raw space to be built out to a new tenant’s specifications.  Thus, tenants believe that most landlords have no real interest in enforcing the tenant’s obligation to make “repairs” at the expiration of the lease or to “restore” the premises back to its original condition.

Tenants having such notions should think twice, as there are many landlords that have and will require strict compliance with these lease-end obligations.  Moreover, the courts of this State have repeatedly upheld these types of provisions as valid and enforceable, and awarded the landlord damages for the tenant’s non-compliance.  This is so regardless of what the landlord intends to do with the premises after the tenant vacates (e.g., demolition of the premises).  The landlord’s damages, however, are generally limited to the reasonable costs of performing the work that the tenant failed to perform.

The tenant maintained that the landlord had “waived” its right to recover damages because the landlord had entered into a new lease providing for the demolition of the pier.  The tenant contended that the repairs were therefore of “no value” to the Landlord and, consequently, the landlord did not suffer any loss for which it should be compensated. The Court of Appeals ruled in favor of the landlord, finding that the landlord was entitled to damages from the tenant.  The Court stated that “where an action is brought by a landlord for breach of a covenant to keep in good repair after the expiration of the lease, the cost of accomplishing what should have been done measures the lessor’s damages.”  Furthermore, in rejecting the tenant’s contention that the landlord “waived” its right to such damages by virtue of its planned demolition of the pier, the Court stated as follows:

“[s]imilar contentions have been urged before other courts, and they have been uniformly rejected, the courts holding that the lessee’s liability is unaffected by such circumstances.  In our opinion, this view is sound, and should be adhered to.  Not only does it give recognition to the fact that as a result of the lessee’s failure to repair, the lessor may have had a narrower market for his property, but also to the fact that lessors generally will link the amount of rental charged with such covenants of repair.  Indeed, to hold that a lessor waives his right to collect what the repairs would have cost because subsequent to the execution of the lease he causes the premises to be demolished would be unfair to the lessor who, in return for such covenants, charges a rental that is far less than he could have received” (internal citations omitted).

In Solow Management Corp. v. Arista Records, Inc., 12 Misc. 3d 1177(A)(Sup. Ct. N.Y. Co. 2006), the landlord sued the commercial tenant for breach of the subject lease in having failed to restore the premises to its original condition prior to the expiration of the lease term.  The tenant claimed that it had no obligation to restore the premises because, inter alia, to do so would constitute “economic waste.”  The Court rejected the tenant’s defense, finding that “the defense of “economic waste” had been soundly rejected by the Court of Appeals” in Farrell Lines.

In American Real Estate Holdings Ltd. Partnership v. Citibank, N.A., 45 A.D.3d 277 (1st Dep’t 2007), the landlord sued the commercial tenant for breach of the repair clause in the lease in failing to surrender the premises in good repair upon the expiration of the lease.  The tenant moved to dismiss the complaint, based on the fact that the landlord sold the building after the lease expired and therefore suffered no injury.  The trial court denied the tenant’s motion and the Appellate Division affirmed, finding that the landlord’s sale of the building did not affect the tenant’s liability for damages under the lease.  Relying on Farrell Lines, the Appellate Division stated:

“[d]ismissal of the complaint as against defendant Citibank, N.A., is not warranted in this action where plaintiff, the former owner of a building, seeks to recover damages based on Citibank’s alleged breach of the covenant to repair under its lease with plaintiff, which expired prior to plaintiff selling the building.  Although Citibank may no longer be in privity of estate with plaintiff, it remains liable under the lease’s covenant to repair, with the damages to be measured by the reasonable costs of restoring the premises to the required state of repair.”

More recently, in Hair Studio 27, Inc. v. DiCarlo, 47 Misc.3d 140(A) (App. Term 2d Dep’t 2015), the lease required the tenant to surrender the premises at the expiration of the lease “in the same conditions as were upon delivery and possession” and specifically required tenant to “remove all of its trade fixtures” and repair any damage caused by such removal.  The tenant surrendered the premises without having made such restorations and repairs.  The landlord retained the security deposit for landlord’s damages.  The tenant sued to recover the security deposit, claiming that it was not liable for restoration damages because a new tenant had accepted the delivery of the premises in the unrestored condition that the tenant had left the premises.  The Appellate Term, citing to Farrell Lines, rejected the tenant’s contention:

“[t]he parties’ lease required plaintiff, upon surrender, to restore the premises to the condition at delivery, an obligation that was not diminished by defendants having re-let the premises without performing any of the repairs.”

A different question concerning the proper measure of a landlord’s damages for a tenant’s breach of a lease covenant to repair was before the Appellate Division in Building Service Local 32 B-J Pension Fund v. 101 Ltd. Partnership, 115 A.D.3d 469 (1st Dep’t 2014).  In this case, the landlord claimed that the tenant had failed to comply with the repair clause in the lease, and sought damages for not only the cost of the repairs, but also for “delay damages” in the form of lost rent.  The lower court dismissed the landlord’s claim for delay damages and the Appellate Division affirmed, holding that such delay damages were not recoverable:

Notably, the court observed that the result may have been different had the lease contained specific language providing for the recovery of consequential damages in the form of lost rent.  In the absence of such a provision, however, the landlord was limited to recovery of the cost of performing the work that the tenant failed to perform.

The Court also rejected the landlord’s attempt to hold the tenant liable for lost rent under a “holdover theory.”  The court observed that the courts had repeatedly held that a tenant which vacated the premises but breached the covenant to repair cannot be held liable for holdover rent while the premises remained unleased.

In conclusion, commercial tenants are well advised not to take their lease-end repair and restoration obligations lightly.  Tenants should plan well enough in advance of the expiration of the lease to perform the necessary repair and restoration work required upon surrender.  A tenant that fails to do so may expect to face a lawsuit by the landlord seeking to recover the costs of performing the work that the tenant failed to perform.