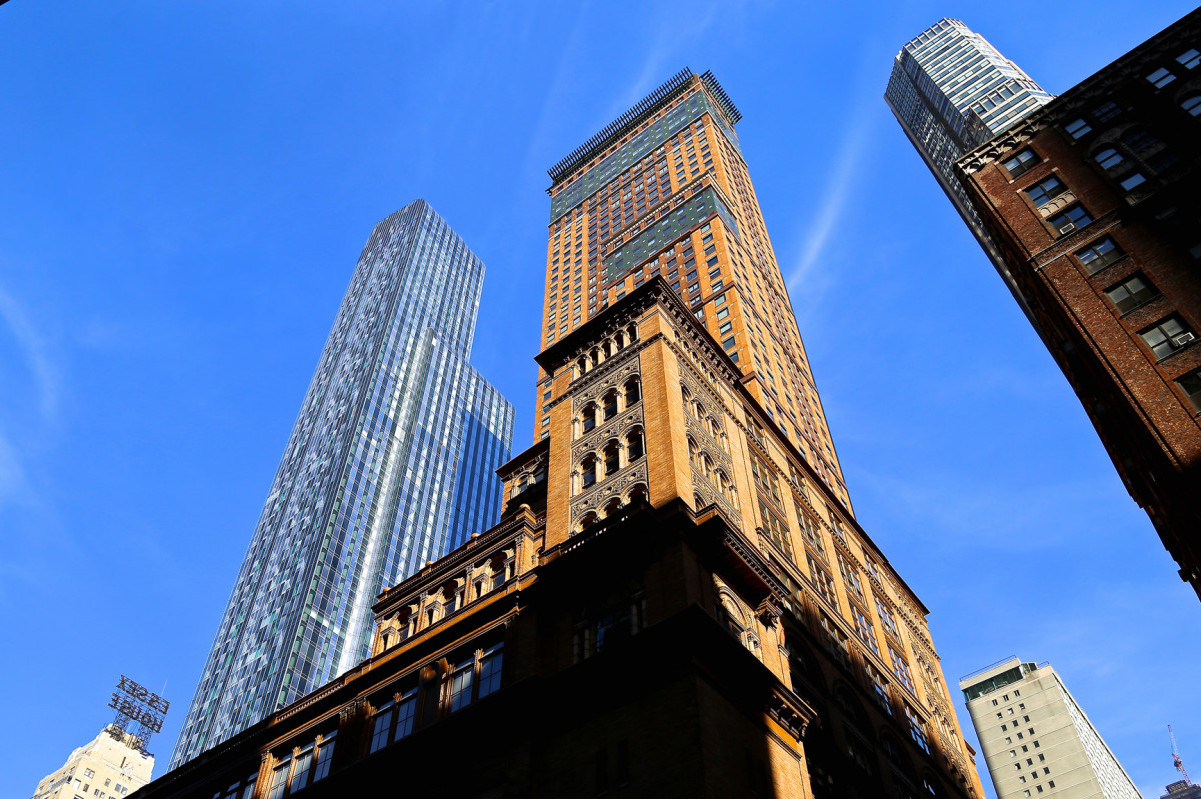 A rare tower floor at the coveted Carnegie Hall Tower has hit the market.

Many of the cityʼs leading office brokers got to tour the 8,700 s/f 59th floor during an invite-only event last week.

And according to Newmark Grubb Knight Frank’s executive managing director Matt Leon, several have since returned with their elite clients for a second look.

Despite a price tag north of $130 psf, Leon, the exclusive agent for the TF Cornerstone property, expects  the space — with birdʼs eye views stretching from the Statue of Liberty, west to New Jersey and east out  to Long Island with Central Park and Hudson River views — will be scooped up pretty quickly.

Traditionally a haven for captains of the financial industry, including Greystone & Company and  Kingdon Capital, the only surprise might be the sector of the new tenant.

“We are starting to see more TAMI tenants in the base of the tower where we have select space in the  $60s-$70s psf,ˮ said Leon. “The base floors, with their concrete floors, high ceilings and abundant power  and HVAC appeal to TAMI tenants and their desire for open plan layouts and high density counts. Tower prizes like the 59th floor are rare; Leon has leased the building for 15 years and said he has only done a handful of new leases on the top floors at Carnegie in all that time. “Having a boutique floor near the top of this class A+ tower is pretty unique as most tenants up top never leave,ˮ he said.

With a booming economy of technology, advertising and media industries swallowing up office space, Leon admitted that he has no preconceived ideas about the new tenancy.

“We have seen activity at the top from a myriad of potential users so, there’s no saying who will grab these unique opportunities both in the tower and in the base”

Sources say the space was vacated by private equity firm, Fenway Partners, which relocated within the building. A second 8,700 s/f space on the 54th floor of the 60-story building is also available.

During last weekʼs broker event at the 57th Street tower, sources revealed that investment advisor 13D Management had just wrapped a lease for half of the building’s 41st floor at asking rents north of $105 psf.

The seven-year lease for 5,000 s/f was brokered by Paul Brensilber of Jordan Cooper & Associates for the tenant. Leon and Chip Sealy, TF Cornerstone’s director of leasing, represented the landlord. Neither party could be reached for comment.