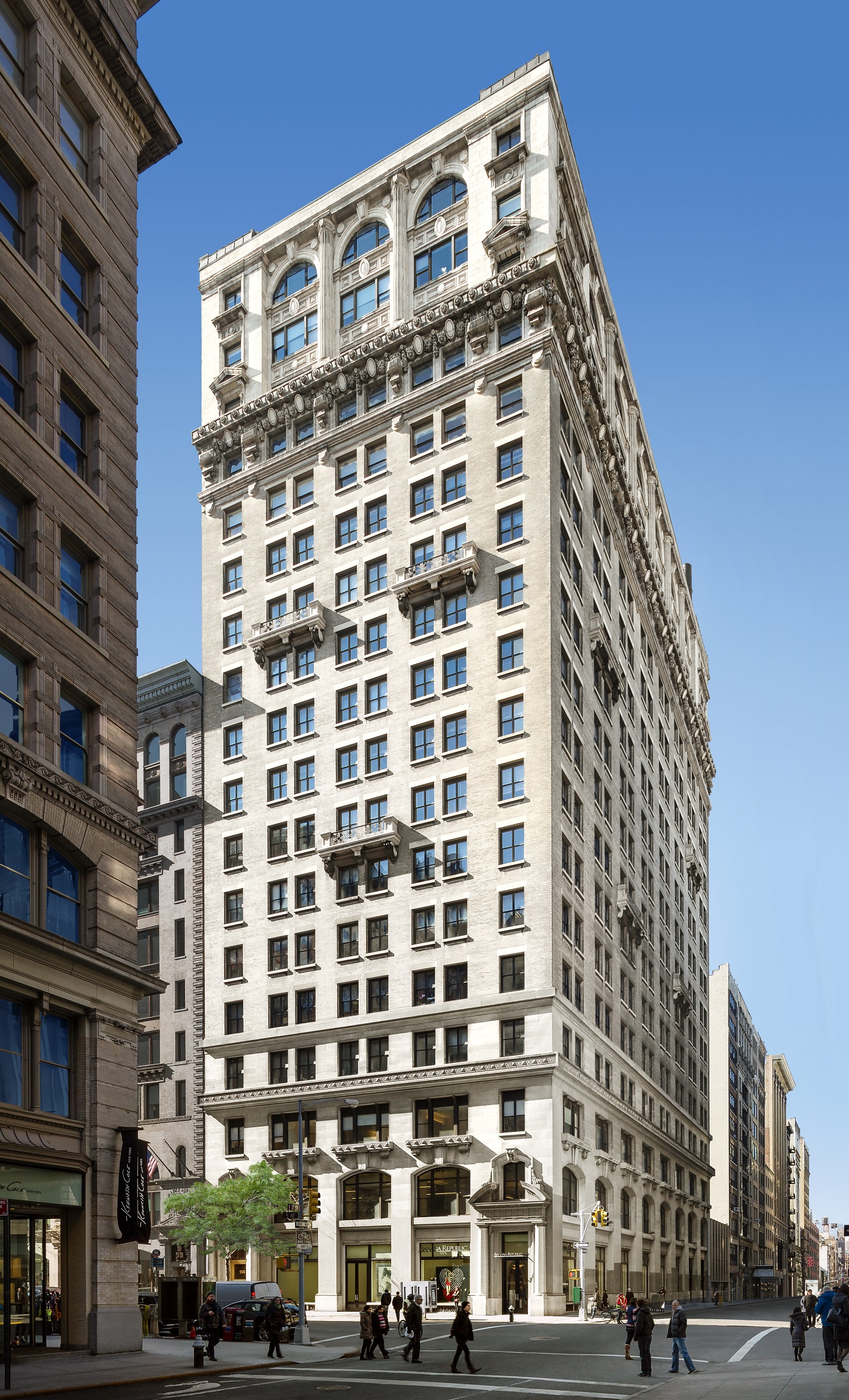 L&L Holding Company today announced that it has completed a multi-floor lease conversion, extension and expansion with the blockchain data platform Chainalysis at 114 Fifth Avenue, the landmark office tower in the heart of Manhattan’s Flatiron District.

Owned by a joint venture of Columbia Property Trust, Allianz Real Estate and L&L Holding Company, which is leading the leasing efforts, 114 Fifth Avenue is fully occupied by a diverse tenant roster that features leading names in the fintech industry, including Mastercard and Capital One.

As part of a complicated transaction, Chainalysis, which provides cryptocurrency data, investigation and transaction monitoring solutions in over 60 countries worldwide, will expand into 77,608 square feet of space across four floors of the fully-renovated Midtown South boutique office building.  The celebrated tech company has occupied 38,804 square feet across two floors of 114 Fifth Avenue on a short-term sublease since the third quarter of 2021.

To accommodate Chainalysis’s desire to remain and grow within 114 Fifth Avenue, L&L converted the tech firm’s expiring sublease into a direct lease starting in 2022.  Concurrent with its negotiations with Chainalysis, L&L quickly executed a lease termination agreement with the current tenant for the additional two floors, which had been in active discussions on a potential sublease of its space for the remaining four years of its lease.  The newly-combined direct lease will run through 2036.

“Through creativity and being proactive, we managed to concurrently conduct and conclude two sets of negotiations in under 30 days, which will enable Chainalysis to produce the best possible home for its talented and rapidly-growing local workforce,” said Andrew Wiener.  “This transaction was the product of a close collaboration with Savills and is a testament to the tech community’s commitment to New York City and to high caliber work environments.”

“Because of Chainalysis’ exponential growth, as well as its affinity for 114 Fifth Avenue, the company felt that timing was ideal to cement its presence in Midtown South for the foreseeable future,” said Marc Shapses, who also represented Chainalysis in its first lease at the property.  “At 114 Fifth Avenue, Chainalysis can now adequately accommodate for future growth and, more importantly, have a long-term home reflective of its brand identity.”

“If you’re interested in building the future of finance and web3, New York is the place to be,” said Michael Gronager, Co-founder and CEO, Chainalysis. “We are doubling down on the city as our corporate headquarters and plan to tap into the talent of its growing cryptocurrency and fintech scene to fuel our next phase of growth and build trust in the blockchain ecosystem.”

Located on the corner of East 17th Street, 114 Fifth Avenue is surrounded by the Flatiron District’s diverse shops and hotels, vibrant restaurant scene and abundant mass transit. Built in 1910 and redeveloped in 2014, the 19-story, 352,000-square-foot office tower’s exterior evokes its early 20th century roots while interior tenant spaces have been modernized to suit the demanding requirements of the technology, fashion, media and publishing companies that populate the area.  The tower features a sleek white marble lobby with vibrant artwork and an expansive roof deck with comfortable seating and striking views of the Manhattan skyline.