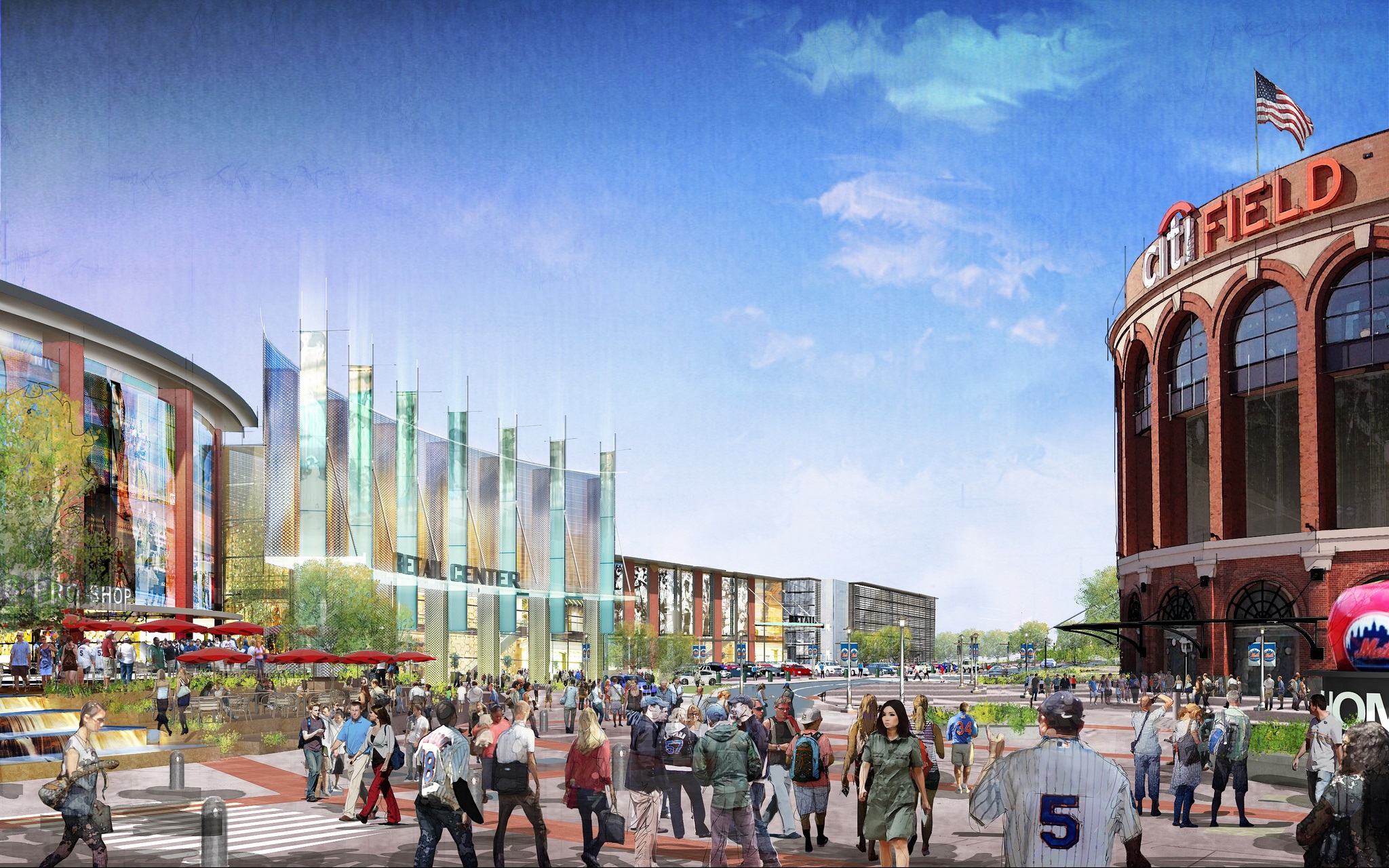 With an expected redevelopment backed by the city, Willets Point is expected to entice the real estate industry with its waterfront properties and suburban vibe. But even with the incoming interest, those familiar with the neighborhood feel there are still crucial steps before the neighborhood pops.

In 2009, the city’s Economic Development Corporation began movement on this redevelopment proposal with 29 developers responding. In fall 2011, the city chose Related

Companies and the Queens Development Group to lead the urban renewal.

Willets Point, the small chunk of land between Citi Field and Flushing Creek, is targeted for the major redevelopment to include a public school, office space, parking, a convention center, eight acres of public space and 3,000 apartments—1,100 of which will be affordable housing. But the 62-acre project faced adversity in 2015 when a state court ruled that the city can’t use part of Flushing Meadows Corona Park to build a shopping mall and garage that was originally part of the plan.

But the plan is back on track with the omission of the mall. In February, Mayor Bill de Blasio came to an agreement with the original developers, Related Companies and the owners of the New York Mets, to move forward the project.

With some of the apartments expected to come online around 2022, Willets Point is already attracting attention from those looking to get in early.

Stephen Preuss, the senior managing director of Cushman & Wakefield’s Capital Markets Group, said the recent news has spurred daily calls from developers and investors wanting to get smart on the area.

“Willets Point has always been of interest because it’s this piece of land that’s been underdeveloped in one of the most desirable parts of Northern Queens,” Preuss said of its popularity. “People have always been inquiring about it but now with the recent traction, there’s been a renewed interest.”

Preuss pointed out that nearby neighborhoods present a projection of what Willets Point could look like with a safe neighborhood, great schools, proximity to the 7 train, and a suburban vibe in the city.

Once Willets Point is redeveloped, he said that it could be similar to Flushing with a diversity of rental apartments, retail offerings, and community facilities like schools and possibly serve as an extension to that nearby expensive neighborhood.

But there’s still big steps that need to be taken before developers and investors fully commit to Willets Point.

As the city recently revived its redevelopment plan, Preuss said people need to see some concrete evidence of those plans before investing. Once early signs of development come in, like a building’s infrastructure, the area will attract many more eyes, he said.

But to become one of Queens’ premier neighborhoods, Preuss said there’s a laundry list of quality of life improvements to be done. He equated the streets there as “the worst

roads I have seen in Queens and possibly the entire five boroughs” and that there needed to be better transportation access, and improved security and lighting throughout.
Similar to Preuss, Mdrn residential broker Trevor Nasroodin said there are key factors to make Willets Point a true Queens neighborhood.

On top of providing more public transportation than the 7 line, Nasroodin said Willets Point’s waterfront location could become a possibility for another expansion of the city’s ferry service.

And as a Queens native, Nasroodin said one of the most important factors to the area’s long-term success would be creating enough schools to serve the thousands of expected families coming in. Compared to the recent boom of Long Island City, their area schools are now facing longer waitlists due to the influx of newcomers and no new schools being built.

“The site is close to 5 million square feet of buildable area,” Nasroodin said. “If you’re putting these thousands of units in, you really need to create a school there to target the elementary, middle, as well as high school kids.”

And if all these points are addressed, Nasroodin felt Willets Point could be Queens’ next big neighborhood. With more people moving in, Willets Point will see more of a demand for retail, for community facilities like gyms and restaurants, all within walking distance from the waterfront.

“I think the future of Willets Point will look like Flushing and Long Island City, with the appealing features of this neighborhood,” Nasroodin said. “There won’t be a shortage of investors…and as a developer, it’s probably a developer’s dream.”